Once Again: Cohen Was Goin'! 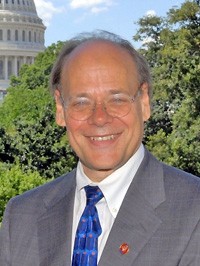 The parking lots surrounding Minglewood Hall in Midtown were full by 7:30 p.m., as supporters of Congressman Steve Cohen gathered inanticipation of a festive night. Very early returns had Cohen with roughly a 35,000 to 8,000 vote lead, and insiders in the crowd were saying privately that the race would be a blowout.

In the end, the insiders turned out to be right. Cohen beat formerMayor Willie Herenton by a 79 to 21 percent margin, a resoundingvictory by anyone's standards.

After an introduction by Smith, who recalled her decades-longsupport of the congressman, Cohen took the stand. He first praisedHerenton for his "service to Memphis," and cited a number of projectsthat he and the former mayor had worked on together. He noted thatHerenton had called and graciously conceded.

Cohen then began a rousing speech, his voice rising to a shout,saying the nation would be watching the results of the 9th Districtcontest and that Memphis was sending a "message to America that a newday has dawned and that Memphis is on the move." He added that therewould be "no more elections decided by race."

Strong words, but on this night, as a diverse and happy crowdcelebrated their man's victory, anything seemed possible. They weregoin' — and so was Cohen.

Oh, and, of course, there was a victory dance: