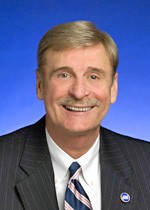 The immigration issue, which at times became a subject of heated rhetoric during the 2010 gubernatorial campaign, continues to fester on Tennessee’s political scene.

A wire service report by Lucas Johnson of the Associated Press from Nashville indicates that State Rep. Curry Todd,, a Collierville Republican whose District 95 includes parts of Metropolitan Memphis, compared children born within the United States of illegal-immigrant parents to multiplying rats.

During a meeting Tuesday of the legislature’s Fiscal Review Committee on the state’s Cover Kids health-insurance program, discussion turned to the issue of eligibility for pre-natal care. Todd asked if children of illegal immigrants were covered and was told that, if born in the U.S., they were automatically citizens and could not be denied.

According to the AP story, Todd then interpreted that to mean that illegal immigrants could “go out there like rats and multiply.”

Todd was quoted as saying later, “I was wrong, and I actually admit when I’m wrong,” and said he should have used the term “anchor babies,” itself considered objectionable by some.

The legislator continued to insist that proof of citizenship should be a requirement for participation in any state-run aid program.

Though not as well-publicized as some of his legislative colleagues, Todd has a reputation for being outspoken. He earned headlines some years ago when he clashed on the floor of the House with Brian Kelsey, a Shelby County colleague, now a state senator and then a state representative.

The issue was Kelsey's disinclination to accept his share of district-by-district allocations of what were being termed "community enhancement grants" from state surplus funds. Kelsey called them "pork," handing then House Speaker Jimmy Naifeh some symbolic slabs of bacon in an envelope.

Todd rose to protest, challenging Kelsey to give back his PAC campaign contributions in that case and accusing him of "grandstanding...to draw media attention to your stuff up here."

It is probably a fair assumption that, in the case at hand, Todd would just as soon that "media attention" to his own remarks would go away.