Should Council and Commission Members Have Some Modest Perks? 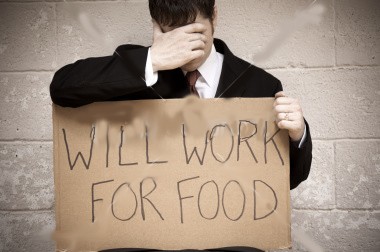 Among the more dismaying aspects of city and county budget deliberations in this austerity year has been the last-minute impulse on both the City Council and the Shelby County Commission to sacrifice such meager amenities as their own snack and travel funds.

We’re talking about modest $25,000-or-so annual outlays — chump change, equivalent to maybe a day’s worth of revenue lost from the sacrifice of sales tax revenue to one of those giant carpetbagging industries we entice away from some luckless locality elsewhere by throwing millions in public money at them and promising them, via the PILOT program (payment-in-lieu-of-taxes), that they won’t have to pay any taxes while they’re here.

Luckily, there was just enough self-regard left on both the Council and the Commission to defeat the mock-heroic hair-shirt proposals this year — by a single vote, in each case.

Having lunch together in the commission’s break room is one of the few occasions the members of that body have to remind themselves, away from the inevitable contention of the day’s disagreements, that they belong to a single unitary whole, Shelby County, and to rise above partisanship and other divisions.

For a brief moment before getting back to work, commissioners can discharge tension and animosity by discussing the day’s weather, the Weiner case, or whatever else floats t heir boat. Having been there once or twice, at the invitation of a member, I can attest to the fact that small talk is what they do at these little conclaves, not business.

Things might be otherwise if the members were forced to go out of the building and have their lunch — no doubt, in small partisan groups — in some private place away from public scrutiny, from whence, after this unnecessary extra hour or so, inconvenient to the public in attendance back at the county building, to return to the day’s agenda.

The same reasoning applies to the modest spreads provided for City Council members on similar occasions.

The Council did succeed Tuesday night in paring away a third of its travel budget — leaving in place all of $20,000 for the 13 members of that body to indulge in fact-finding expeditions elsewhere or travel to professional conferences or what-have-you. The average executive at one of our local PILOT-fed corporations might spend that much in two weeks’ worth of airport-hopping.

The point cannot be made often enough: Most members of both the Council and the Commission have already made substantial sacrifices in time, money, and energy just to be serving on those bodies. They should not feel compelled to make a show of denying themselves simple amenities, especially when these bare-bones amenities are of the sort that are routine in every other walk of life.