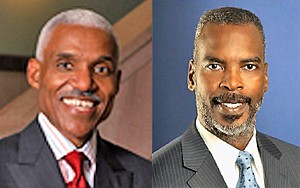 Mayor A C Wharton officially becomes a candidate for reelection Monday at noon when he files his petition at the Shelby County Election Commission downtown. Wharton will follow up Monday’s event with the opening of his headquarters at 1460 Union Avenue on Saturday.

Meanwhile, one of the mayor’s opponents, Shelby County Commissioner James Harvey, will also be holding a “campaign rally and petition filing” from 9 to 11 a.m. on Tuesday.

Filing deadline for mayor and other city offices, including the 13 City Council positions, is Thursday at noon at the Election Commission.

The Council will meet on Tuesday to approve new district lines in the wake of the 2012 Census and will meet again on Friday to name an interim Council member for District 7, the seat formerly occupied by Barbara Swearengen Ware, who has resigned.