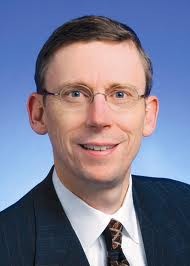 As visitors to our pages can observe, the issue of Shelby County’s financial liability for any potential new municipal school districts — doubts concerning which were expressed by Shelby County Mayor Mark Luttrell and first raised here — may perhaps be illuminated by a 2010 opinion from state Attorney General Robert Cooper.

(We say “perhaps” because only the courts, dealing with specific litigation, could determine whether and how and to what extent the language of this opinion might apply to the current efforts by Shelby County’s municipal governments to create and operate separate special school districts under the sanction of the 2011 Norris-Todd Act. It needs to be stressed also that, under Tennessee law, the state Attorney General’s opinions are just that; they do not have the force of judicial rulings.)

The opinion deals with a number of issues, all relating to the primary one, stated below:

The salient portion of the Attorney General’s analysis on the point follows [our bolds]:

1. In a county in which there is both a county school system and a separate school district which is funded by property taxes levied by the General Assembly, the county commission has no responsibility to provide funding to the special school district.

Nothing in the statutes requires the county to oversee or be responsible for municipal, special, or other school districts that operate within the county’s borders….”

A leading critic of the suburbs' school plans, Uniform Shelby County School Board member Martavius Jones, was asked to respond to these contents. While stressing that he, too, was not a lawyer and could not speak authoritatively on a matter of law, Jones said that the language of the Cooper opinion was consistent with his own research of Tennessee statutes governing the financial responsibilities of county governments for special school districts.

“So here’s another potential flaw— the assumption of county funding — in the arguments of the consultants who have been advising the municipalities on the feasibility of their proposed school districts,” said Jones, who argued that this issue, along with the still unresolved matter of appropriate compensation for school buildings, and what he regards as the consultants’ low-balling of projected expenses, created “a flawed and false reality.”

Jones said, “It was already unrealistic for them [the suburban municipalities and/or their consultants, Southern Educational Strategies] to believe that a 15-cent tax property tax increase or a 50-cent increase in the sales tax could pay for these districts. It is all the more so now.”