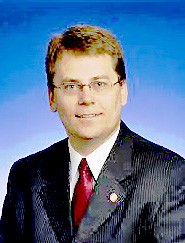 Mark Goins, the state Election Coordinator, confirms that allegations made by two local investigators concerning a 5 percent error rate in the assigning of early-voting ballots in Shelby County are accurate.

Blake Fontenay, spokesperson for Goins,further acknowledged to the Flyer Friday that 1300, the number of erroneous ballots pinpointed as of Monday by Dr Joe Weinberg, “sounds about right.”

Weinberg and blogger/candidate Steve Ross, both Democrats, have been independently checking into cases of erroneous ballot assignment. Ross had earlier attested to some 1,019 such errors, both in a conversation with the Flyer, and later in a Monday press conference, Weinberg’s higher totals were arrived at also on Monday.

Both Weinberg and Ross have been comparing state voter records with participating voter lists released locally by the Shelby County Election Commission.

Weinberg told the Flyer on Tuesday that Goins had called him from Nashville and expressed interest in his findings, wanting to confirm them for himself on the basis of state data. He did so, said Weinberg, and Fontenay acknowledged to the Flyer that Weinberg’s reckonings were accurate.

Weinberg said he had primarily been looking at discrepancies in state House of Representratives races but had uncovered cases of wrong ballots for other August 2 races as well.

“Another thing I’ve noticed that bothers me is the fact that people are having their districts corrected in daily updatings of the participating voter list, but their votes are still recorded in the wrong districts,” said Weinberg, who expressed concern that identifying future discrepancies would be made more difficult by such a process.

He added that at the rate ballot errors were being discovered, the total number of them, if updated, might be higher by some 300. "I haven't had a chance to check yesterday's figures yet," he said.

Possible glitches in the early-voting process first came light with disclosures that hundreds of households in Collierville had been unaccounted for in balloting for that city's referendum on municipal school districts.

In short order came reports of isolated cases, in Bartlett and Memphis, of voters being given ballots for the wrong state House races. Then came the separate systematic reorts from Ross and Weinberg.

Asked to respod to the news from Goins' office, Shelby County Election administrator Rich Holden deferred to SCEC chairman Robert Meyers, who, when reached late Friday, acknowledged that Ross' and Weinberg's findings were "at least 90 to 95 percent accurae."

Meyers said, "We're working around the clock to fix things." He acknowledged that participating voters' list updates were being amended to include the correct distict assignments. "We're not trying to hide anyting by doing that, just trying to make corrections. Maybe the neighbors of those voters who haven't voted yet will notice the change and find it helpful."

Meyers said he thought it was "too easy" to attribute the voting problems to the Commission's late start in making precinct lists -- a decision that Holden and thers have said was based the Shelby County Commission's unusual tardiness in arriving at a redistrciting consensus. (Actually, the Commission never did formally agree new lines; in mid-June, Chancellor Arnold Goldin was forced to rule on a single-member district plan.

"We think the issues are more complicated than that. We're working around the clock to contain the damage now and will have to assess the extent of it after August 2," said Meyers, who said he thought most problems were being encountered in state House and Senate races, whose primaries are the province of party primary boards.

"I'm sure we'll be getting with the boards of both parties as soon as possible to see what can be done."