Some Unofficial Thoughts On That Subpoena Request 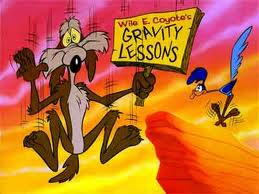 The term “subpoena envy” is not new; it actually dates from some point in the late,unlamented period of McCarthyism in 1950’s America, when governmental agencies (notoriously, the House UnAmerican Activities Committee but many others beside) made it their business to investigate the opinions and beliefs of private individuals and the effect of those opinions and beliefs on public policy.

The reaction of many to these intrusions was to wear their target status as a badge of honor. “Subpoena envy” is an obvious play on words. It was applied to (and by) those mavericks and heretics who were irked at not being considered worthy of investigation.

Well, it remains to be seen whether the term is germane to those of us in the media world who, unlike The Commercial Appeal, had not (as of Sunday, anyhow) been served with a subpoena seeking the identities of the online commenters on our websites. It also remains to be seen whether those who sought such information — attorneys for the Shelby County Commission — are to be viewed as latter-day McCarthyites or as honest seekers after truth.

The jury of public opinion may be out for a while, regardless of what happens in the courts per se. The Commercial Appeal has meanwhile indicated it will resist the subpoena.

While maintaining that he had no advance knowledge of the subpoena effort (apparently no member of the Shelby County Commission did), Commissioner Steve Mulroy, a Democrat and a member of the Commission majority which has striven to retard the creation of municipal school districts, has offered a public rationale for the subpoena request.

In essence, it is that the subpoena — which, if successfully executed, would not result in the publication of the information gained about commenters’ identities — might establish a context in which a John Doe, or series of John Does, could be demonstrated to have stated racist rationales for resisting city/county school consolidation and favoring municipal schools, while simultaneously being involved in some advice or influence capacity with the framers of relevant legislation.

And any such connection, if demonstrated, would be germane to that portion of the ongoing County Commission suit that alleges re-segregation to be a motive of the legislation enabling municipal school referenda in Shelby County’s suburbs.

It is this aspect of the subpoena request that Commercial Appeal executives have called a “fishing expedition.” And the following explanation of motive, from a member of the legal team itself to each individual commissioner, elaborates on the premise:

It appears that some of you have questions about the recent subpoena we served on the Commercial Appeal. Rest assured we did not serve the subpoena to seek the identity of those who disagree with our legal position or those that are critical of you. Instead, we have a very specific legal need for information related to some of the posted comments. We are not trying to embarrass ordinary citizens, nor do we need to make public the information we learn. Instead, it is very likely that we could receive the information we seek on a confidential basis so that we would not need to publicly disclose poster’s names or comments. We would have been glad to negotiate with the Commercial Appeal’s attorneys to protect this confidentiality if they had called us rather than just commenting on a news story.

Never mind that somewhat hedged pledge that the recipients of this hitherto confidential information “would not need to publicly dispose poster’s names or comments.” As in any game of gossip, the idea that “you can tell me, I won’t tell anybody else” is arguably always suspect, no matter the good motives of the pledger.

The real problem with the subpoena request, aside from questions of whether it invades privacy or nibbles away at the First Amendment, would seem to be that it imagines political mechanisms that don’t exist. We can take it as a given that racism still exists in the minds of legislators, as in those of citizens at large, most of whom would not acknowledge it, even to themselves.

But to go on from there to assume that influential legislators in Nashville — specifically, the oh-so-fastidious and careful state Senator Mark Norris, principal author of the legislation in question — would be provably and primarily moved by advice from anybody who would author racist rants in a public newspaper, even anonymously, would seem to be a leap of faith akin to the ones serially and catastrophically taken by Wilie E. Coyote off the edges of cliffs in the Roadrunner cartoons.

And the cast of mind which imagines such a premise is, arguably, an unusual bias in itself — ignoring the social and economic and purely political contexts in which suburbanites and their representatives in legislative bodies might desire what they think of as autonomy, even as others might legitimately question it as discriminatory.