The Man With a Plan: Did Romney Deliver? 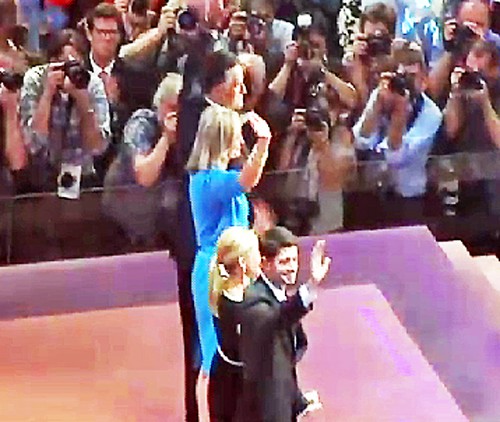 TAMPA BAY, FL — After Taylor Hicks, the nearly forgotten 2005 American Idol winner had channeled “Take It to the Streets,’, after movie icon Clint Eastwood took his strange, mumbling turn at the podium, after Marco Rubio, the boyish Florida Senator who had lost out to others as vice-presidential prospect and convention keynoter, got to make the key introduction, Mitt Romney was finally on stage alone Thursday night to make the case for himself as President of the United States.

Members of the Tennessee delegation to this 2012 Republican National Convention had been told at breakfast by noted GOP pollster/consultant Whitt Ayres that Romney needed above all to present his plan to rehab the ailing American economy. Senator Lamar Alexander had told members of the state’s press corps the same thing at a briefing later on. And numerous pundits had been hitting that note all day on national television.

So what was the plan?

It came eventually, but first Romney would do his variations on the basic Republican talking point of 2012 — that President Obama was a nice, well-intentioned man but had failed at national leadership and that something else needed to be done. It was the same point that Eastwood, in a whispery, almost indistinct voice, had made by saying, “When somebody does not do the job, we’ve got to let them go.”   Rubio’s way of saying it, in his introduction of Romney, had been, “President Obama is not a bad person.’ He’s a good husband, a good father, and, thanks to lots of practice, a good golfer. Our problem is that he’s a bad president.”

And Romney himself would say, “He hasn’t led America in the right direction. He took command without the basic experience most Americans have.” I.e., he’d never had a real job.

The former one-term Massachusetts governor contrasted that with his own career — most of it spent in the worlds of business and finance. He reviewed his upbringing as the son of George Romney, a former governor himself, of Michigan, and the hugely successful head of American Motors in the ‘50s. The late senior Romney had earlier been seen in a warm-up video — a crusty, gravel-voiced up-from-nothing sort in contrast to Mitt Romney’s own smooth, refined, but almost affectless being.

“I wanted to be a car man myself,” Mitt Romney explained, but he had finally realized, he said, that he had to prove himself on his own terms. That turned out to be mainly at Bain Capital, the successes of which — Staples and Sports Authority among them — Romney boasted in an account that skirted the issue of whether he had been, as Democrats maintained, a “vulture capitalist” who had shut down as many businesses as he had rejuvenated.

The point was, he had made a success, both at Bain and in heading up a rescue mission of the 2002 Winter Olympics at Salt Lake City, experiences which would guide him in his plan to rejuvenate America.

So what was his plan?

Before getting to it, he touched some of the other bases — his life as a family man, able to be moved like Moms and Dads everywhere at waking up to find their children having crept in overnight to sleep on the bedroom floor; and his service to church (though he kept that the particulars of his heterodox Mormon faith out of the account).

As Ayres, Alexander, and the host of TV pundits had also said, Romney needed to make a personal connection to the electorate. They had suggested he should articulate the problem to be solved as precisely as possible.

This he did: “What is needed in our country today is not complicated or profound. What America needs is jobs. Lots of jobs.” Romney promised to create “12 million new jobs.”

So what was his plan?

Here it came, in five points:

First, he would make America “energy-independent” by letting the nation avail itself of its untapped natural resources. (The crowd dutifully whooped.)

Second, he would “give our fellow citizens the schools they need,” making sure that “every parent should have a choice." (More whoops.)

Third, he would “make trade work for America" by engaging in new trade agreements. (A little too abstract to get the same level of whoops, but still appreciated with applause.)

Fourth, “to assure every entrepreneur and every job creator,” he would “cut the deficit and put America on track to a balanced budget." (Unlike Greece, he said, in a near non-sequitur, but he was back on the whoopee train.)

Fifth, he would simplify a number of bureaucratic matters and, in particular, “rein in the skyrocketing cost of health care by”…wait for it…” repealing and replacing Obamacare!” (A veritable crescendo of whoops.)

That was the plan.

Romney then segued through such other desiderata as better schools and a return to “the bipartisan foreign policy of Truman and Reagan.” He defined that latter by contrasting it to what he said was Obama’s failure to deal with Iran and his throwing Israel “under the bus.” He also had some harsh words for the President’s offer of “flexibility” for Russia’s President Putin.

He ended on that relatively strident note, coupling a promise to “unleash an economy that will put America back to work” with another to create “a nation so strong that no other nation would ever dare to test it.”

Inside the arena the crowd was now whooping so loud that it drowned out the tag end of his peroration. He was done, and soon there was vice-presidential nominee Paul Ryan out there besides him. And then their wives. And children and grandchildren. And balloons. And confetti.

Missing was the ritual assembly onstage of as many ranking political figures as could be gathered together to represent the entire spectrum of the party in convention. This was a reminder of sorts that the Republican spectrum in our time has contracted a good deal — to a kind of litmus-test conservatism that permits of few variations, and certainly none that could go by the name of “moderate.”

Did Romney succeed in doing what his advisers and the pundits said he had to do — make the case for himself and for a plan that would reassure Americans looking uneasily at both him and President Obama in what was shaping up to be a 50-50 election?

That there were dissenters regarding Mitt Romney's pretensios to leadership materialized quite concretely Thursday night at the very start of the freshly minted Republican nominee's address. Several protesters who began screaming objections were physically ejected, their yells obscured by audience applause for Romney and choruses of "U.S.A., U.S.A." a ritual chant heard earlier Thursday eveing when former U.S. Olympic athletes were introduced on stage.

One thing is clear: The GOP base’s misgivings about Romney himself that were glaringly obvious at the beginning of the current political season — most of the doubts having to do with the winning candidate’s well-known chameleon ways -- had been put in abeyance. Romney seemed to have resolved that problem with his selection as his running mate of Ryan the Ayn Rand true believer.

The larger jury, of the whole nation, is out but will reflect on what it has seen and heard in Tampa Bay before reporting a final verdict in November. And meanwhile it will take more testimony next week in Charlotte from the President and his surrogates.