Mayor Wharton To Get Burgess Award at DNC 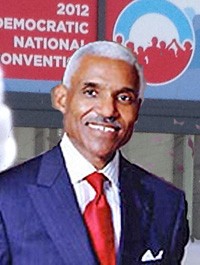 Wharton’s award ceremony was to be held Tuesday afternoon at the E-2 Emeril’s Eatery in Charlotte. The mayor was also expected to appear, along with Memphis congressman Steve Cohen of Tennessee’s 9th District, at a morning breakfast of the Tennessee delegation to the DNC.

The award to Wharton was announced this week by Barbara Moore, executive director of rhe DMO, whose board includes Memphis city councilman Myron Lowery.

Moore describes the background of the award thusly:

The Susan Burgess Memorial award was established in 2011 to honor the late Susan Burgess who served proudly as Chair of "the mighty DMO" and as Mayor Pro-Tem of the Charlotte zCity Council. Mayor Chris Coleman (St. Paul, MN) received the 2011 Award.

Burgess, a Democrat and at-large member of the Charlotte City Council, was first elected to City Council in 1999. In November, voters returned her to City Council for a fifth term. She was also the most popular candidate in the 2009 city election, receiving more votes (59,862) than winning mayoral candidate Anthony Foxx (55,265).

Burgess was a past president of the North Carolina League of Municipalities and Women in Municipal Government. She represented North Carolina on the Democratic National Committee and was on the board of trustees for the National Housing Conference.