Cohen Challenges Cordovan’s Endorsement of Flinn as “Conflict of Interest" 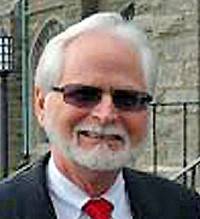 The latest effort on Republican challenger George Flinn’s behalf in the 9th District congressional race is an appeal to Cordova residents that incumbent Democratic congressman Steve Cohen regards as a “conflict of interest.”

Dated October 25 and received in some households as late as this past weekend, it’s a letter from Gene Bryan, who identifies himself as “your neighbor and President of the Cordova Leadership Council.” The Council is the organization that for several years has functioned as a civic club and lobbying group on behalf of the sprawling East Memphis/suburban community of Cordova.

Early on, the letter tells recipients, “If we support a congressional candidate that supports Cordova, we can protect our community.” It continues, in caps, ‘THIS IS WHY I AM ASKING YOU TO VOTE FOR GEORGE FLINN FOR CONGRESS.”

Bryan says further, “When Dr. Flinn represented us on the Shelby County Commission he stood with us. He voted to protect Germantown Parkway and not let it turn into another Winchester Road, where all the businesses packed up and left.He also voted for the County-wide Adult Entertainment Ordinance, protecting us against Steve Cooper.” (Strip-club owner Cooper is the owner of Stella Marris, and on again/off again Cordova dining and dancing establishment whose zoning approval was hotly resisted by the Cordova Leadership Council and whose status is still being monitored by Council members.)

In bold letters, Bryan says, “We, members of the Cordova Community, now need to stand with Dr. Flinn.”

The letter is critical of Cohen, saying, “Congressman Cohen, when told he would be representing Cordova talked about how far out Cordova was and that he would not be representing a lot of ‘Tea Party people.’ Has he been out to our community, is he even in touch with Cordova is he thinks we are all just ‘Tea Partiers?’…”

Asked how Cohen had responded to appeals from the Cordova Leadership Council, Bryan acknowledged, “We haven’t really reached out to him that much.” And he further said that he was speaking as an individual in the letter not as a representative of the Council.

Bryan said that Cordova Leadership Council itself does not endorse candidates., insisting that he spoke for himself and that his reminder in the letter of his Council affiliation did not differ in kind from a similar statement of affiliation by Roby Williams, president of the Black Business Association in his public endorser of Cohen.

In suggesting a conflict of interest on Bryan’s part, Cohen noted that Bryan is listed on his Facebook page as “Director of Research and Planning at Caissa Public Strategies. That is the public relations firm that is assisting Flinn in his campaign, and Bryan confirmed that he is an employee of the firm, which is run by Bryan Stephens, his colleague for many years in the Cordova Leadership Council.

Said Cohen in a statement: “I am shocked that Gene Bryan, President of the Cordova Leadership Council would write to Cordova residents urging support for George Flinn and not let them know that the company he works for, Caissa Public Strategy, is making hundreds of thousands from Flinn.
“George Flinn has tried to buy this election with over $2 million of his own money. The 9th District is not for sale.

“Gene Bryan, who works for a public relations firm, should know it is a violation of public trust to not disclose that the company he works for is getting hundreds of thousands from Flinn.

“Cordova is not for sale either.”

Cohen said he expected to get a fair share of the votes in Cordova, the sprawling area, generally regarded as politically conservative, which occupies much of east Memphis and extends into unincorporated Shelby County.

The area, formerly a part of the 8th Congressional District, became part of the 9th after GOP-controlled reapportionment following the 2010 Census.