Rep. Steve Cohen Tells His Secret: The Lovely Young Lady is His Daughter!

Catching flak from political adversaries for some back-and-forth tweets, the Memphis congressman opens up on the surprising facts of a relationship made public only this week. 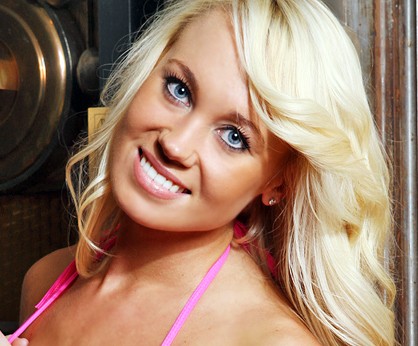 The term “breaking news” was made for a situation like this.

The world knew, as of Wednesday night, that 9th District congressman Steve Cohen had been tweeting a lovely young women on his government-paid Twitter account and then deleting the tweets.

The Tennessee Republican Party (most zealous of those who jumped on an apparent political opportunity) put out emailed broadsides denouncing Cohen as “the Weiner of Tennessee” (not meaning Memphis GOP activist Arnold Weiner but former U.S. Rep. Anthony Weiner of New York, who was famously Instagramming pics of his privates to assorted young females last year).

None of this could have prepared most of us for the ultimate Cohen bombshell, delivered Thursday to local TV stations and almost certain to be a news item everywhere as news-gatherers in the nation and around the world catch on.

The young woman was Victoria Brink of Houston, who had tweeted Cohen during Tuesday night’s State of the Union address and was tweeted back twice with endearing messages from the congressman, ending with the initialed phrase “ilu” (for “I love you.”)

Brink’s bikini-clad visage was then featured hither and thither in the blogosphere. But the conclusion everybody jumped to was way, way off.

Steve Cohen, a perennial bachelor (though he has squired many a handsome lady) is a father, and the 24-year-old Brink is his daughter. As Cohen explained it Thursday evening on local TV, he had known for three years, and his daughter had known for four, that the two of them were father/daughter.

And, of course, Miss Brink's mother, with whom Cohen, as he said Thursday, had been "involved" all those years ago, knew.

The vital person who had not known, and was only informed Thursday by Miss Brink, in the wake of all the news reports, was her father of record. The fact of this being a secret from him during Victoria's upbringing is perhaps understandable. (In his TV interviews on Thursday Cohen paid an evidently sincere tribute to the presumed father — actually, it would seem, a step-father — for taking “good care” of his daughter during her formative years.)

There is more to tell about this tale, and we’ll tell it when it becomes possible. Meanwhile, we congratulate the proud papa (who intends to spend some joyous and out-in-the-open time with his daughter), and we say “shame on you” to those who, for political reasons, tried to escalate this story, an inspirational one if it’s anything at all, into a scandal.

As one of our more perspicacious Flyer folks says, “I smell Lifetime movie.” It turns out that Victoria’s mother is one Cynthia White Sinatra, a prominent Texas defense attorney, whose last name is owed to her onetime marriage to Frank Sinatra Jr. No word yet as to the relationship of the songbird’s son to the congressman’s daughter.

And, btw, Lifetime isn’t the half of it. HBO, Showtime, and God knows who else will want in on this one.

Could there have been a better Valentine's Day story than this?

Again, more when and as we know it.

UPDATE:More about the mother, from online biographical sources: Cynthia White Sinatra, a native of Newgulf, Texas, is a lawyer of some note, having represented various war-crimes defendants after the carnage in post-breakup Yugoslavia.

She has a distinguished vita, both as attorney and as writer, having authored numerous articles and lectured extensively on constitutional law. She also has worked in the campaigns and offices of various political figures in Texas, and she waged a congressional campaign against perennial presidential candidate Ron Paul in Texas in 2006.,

Sinatra has three daughters, of whom Victoria Brink is the youngest.