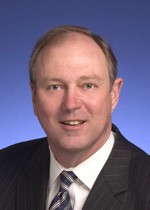 Jim Kyle, the veteran Democratic state Senator from Memphis who for years was a handful of votes away from being Speaker of the Senate and Lt. Governor of Tennessee, is making his second effort within the last two years to stake a claim to public service outside the legislature.

Kyle, who in 2011 narrowly lost a bid for a provisional post on the Shelby County Unified School Board when a Democratic member of the County Commission defected to vote for a Republican-backed candidate, has filed an application with the Commission for the Probate Court Judgeship which Judge Robert Benham is vacating.

The Commission will select next month from among a handful of applicants who filed for the position by the posted deadline of Friday.

The 62-year-old Kyle is a 30-year member of the legislature and was the Democrats’ majority leader in the Senate for the last several years of longtime Senate Speaker/Lt. Gov. John Wilder’s tenure.

Upon Wilder’s being supplanted by Republican Ron Ramsey in 2007, Kyle was the heir apparent to the Speakership should the Democrats have regained their numerical majority in the Senate. Instead, the Democrats continually lost representation in that body and today hold only 7 of the Senate’s 33 seats.

Kyle has contemplated other electoral venues on several occasions over the years. He has considered running for Shelby County Mayor several times and came very close to making a full-fledged run in 2002. He launched a gubernatorial campaign in 2009 but suspended it early in 2010 when he realized that a heavy voter tide was running for Republicans.

After a GOP-controlled reapportionment in 2012, Kyle found himself in the same Senate district with colleague Beverly Marrero and defeated her. He was narrowly reelected Democratic leader 4-3 by what amounted to a rump body of Senate Democrats.

Kyle has indicated he would leave the legislature if named to the Judgeship.

Other candidates had until midnight Friday to file an application online. An early deadline of 4:30 Friday had held for submissions at the County Commission office.

When a final list was prepared for the media by the Commission on Monday, these were the names on it: