Monger Replaced on Local Election-Oversight Body by Tate, but It Ain’t Over

Democrats involved in making changes in both the Shelby County and state Election Commissions. 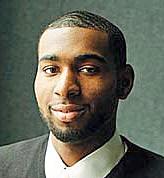 The Tennessee Democratic Party, whose numbers have declined fairly precipitately in recent years, both at the ballot box and in elective positions, seems determined to carry out internal shake-ups at various organizational levels.

In recent months, the Party has had public differences of opinion in naming its governing hierarchy in the legislature, in deciding on a state chairperson, and even in considering a radically new method in comprising its state executive committee.

Much of this ferment has taken place at local levels, as well. Most recently, the Shelby County Democratic caucus in the General Assembly voted on who should hold the party’s two positions on the five-member Shelby County Election Commission and made what, to some county Democrats, was a surprising change.

Norma Lester, a retired nurse and longtime party activist, was returned to one of the two positions, but George Monger, a youthful IT expert and marketing entrepreneur, did not win reelection. His place will be taken by businessman/activist Anthony Tate, who finished with the highest number of votes, 6, when the caucus met in Nashville last week to elect SCEC representatives. Lester finished second in that voting with 5 votes.

No totals were known for the other names on a list of nominees that caucus members had to consider.
The loss of Monger, who had impressed many local activists as an assertive advocate for needed election reforms and as an expert in election-software issues, was lamented by several local bloggers and other activists with an active online presence.

From Steve Steffens on his LeftWingCracker blog:

“Are you serious? What the hell are our folks thinking? Unless George Monger asked NOT to be reappointed, I cannot imagine why he was not. He is very technologically savvy, and if he was a PITA to the GOP on the SCEC, so much the better, they have been nothing but incompetent boobs, and that's assuming POSITIVE intent!”

From Joe Weinberg, a local physician/activist who helped uncover and publicize several of the SCEC’s election glitches in 2012:

“…[Monger] has been an invaluable watchdog for Democratic Party interests — indeed for the interests of all voters. I don’t know his successor, but his learning curve will be great and occurring during the transfer going on right now of the information technology function from the SCEC to the County IT Department. So the timing for this change could not be worse”

From Jeanette Warren on her RobNet online newsletter:

“We have an election coming up in 2014 which will involve a very long ballot and we need the past experience that Mr. Monger has in dealing with the technical issues. George Monger and Norma Lester, as a team have worked together through some very controversial elections and I feel the team should not be broken apart at this critical juncture.”

Lester herself professed surprise at the breakup of what she regarded as an effective partnership on the Election Commission with Monger, whose technical knowledge, she said, had proved a boon not only to herself but to the three Republicans on the Commission.

“We really can’t dispense with his knowledge, his commitment and, his energy,” Lester said, adding that there was “a move afoot” to get Monger named.to a pending vacancy on the five-member state Election Commission, caused by the stepping down of long-serving Memphis Democrat Greg Duckett, a hospital executive. Duckett is reportedly in line to become vice chair of the Tennessee Board of Regents.

At least one member of the County legislative delegation, state Rep. G.A. Hardaway, confirmed that there such an initiative under way on Monger’s behalf and said that he personally would do “everything in my power” to get Monger appointed.

Another interested party is outgoing Shelby County Democratic chairman Van Turner, a lawyer who had also expressed interest in serving on the state Election Commission and has been supported by Memphis state Representative Lois DeBerry, the longtime former House Speaker pro Tem, for the post.

According to a source familiar with the situation, some complicated three-way negotiating has been going on between Tate, Turner, and Monger over who should serve where. Tate reportedly would prefer to serve on the state Election Commission, while Monger has expressed a preference for remaining where he is. Turner reportedly has been asked to step aside and consider another elective post in the near future.

All Democrats in the General Assembly will have a vote on filling the Duckett vacancy, but those in the state’s Western Division will by tradition be given dibs on that seat. Currently the state Election Commission numbers four Republicans and three Democrats, which each of the Democrats representing a different one of the state’s three Grand Divisions.

Whatever the final lineup is, either locally or statewide, the state Election Commission has the duty of formally approving members of local Election Commissions, including the SCEC, while the membership of the state Commission itself will be voted on by the membership of the entire General Assembly, which generally okays whoever the party caucuses have agreed on. The Assembly’s vote will be taken in formal convention at some point before the legislature adjourns next month.