Jerry "the King" Lawler Has a New Wrestling Museum 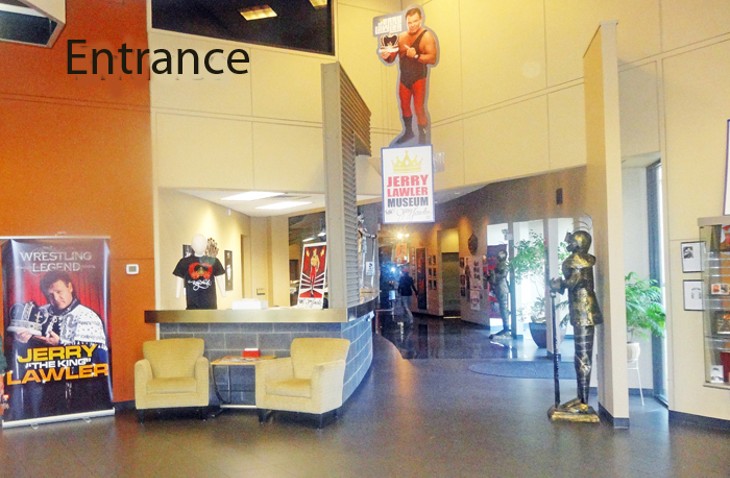 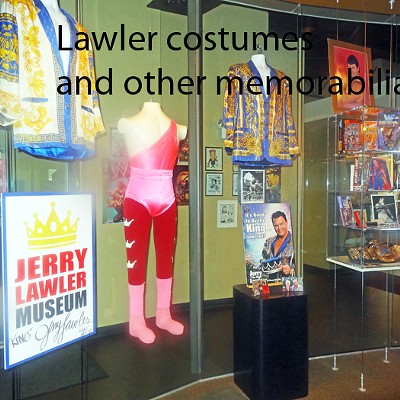 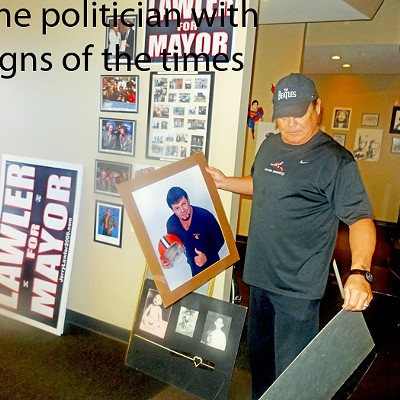 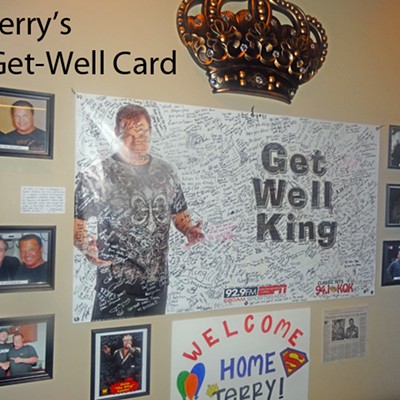 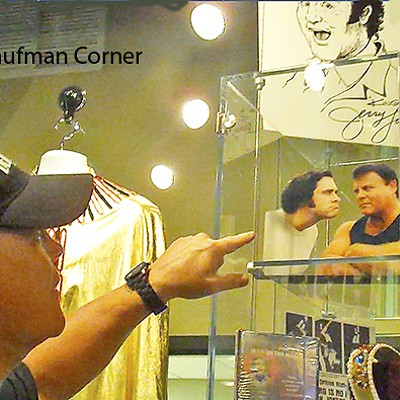 The exploits and artifacts of Jerry "the King" Lawler—- wrestler, announcer, artist, well-known personality in Memphis and the world, and, let us not forget, once (two races for mayor) and possibly future political candidate —- are now accounted for and housed in a free museum.

On Saturday, the museum had a grand opening at Wynn Automobile, 1831 Getwell, Memphis, where the proprietors have afforded it a generous and well-appointed space of several rooms.

Lawler, host of Monday Night Raw, one of the most watched cable shows in the world, has a widespread fandom — a fact indicated by the signatures on a wall-sized Get Well card signed by admirers after the King had a heart attack last year (on air, while doing a show!)

He was at the museum on Saturday, signing autographs. His lifetime mementoes as well as exhibits chronicling the larger story of wrestling itself will be on display at the museum from 1:00 p.m.-4:00 p.m. daily.

Check out the slideshow above for a teaser featuring some of the exhibits at the museum — and some shots of Jerry the King as well. (Note Lawler's signed poster-sized sketch of the late comedian Andy Kaufman, a famous Lawler wrestling foil.)