Envelopes containing the deadly poison had been mailed to President Obama and Mississippi Senator Wicker. (UPDATED) 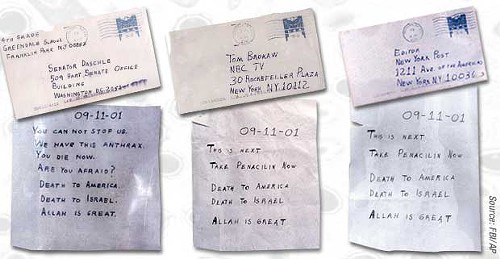 News sources were reporting late Wednesday that Paul Kevin Curtis of Corinth, Mississippi (mis-identified in first reports as having a similar name and being from Tupelo) has been arrested in connection with the sending of suspicious mail to Justice Court in Tupelo and possible involvement in the mailing of two letters — one to President Obama, the other to U.S. Senator Roger Wicker of Mississippi — containing what FBI labs had identified as traces of the deadly poison ricin.

Earlier Wednesday, Memphis Mayor A C Wharton had responded to published reports that Memphis had been the point of origin for the letters to Obama and Wicker. The mayor issued the following statement:

“We are grateful that, to this point, these letters have been intercepted before causing injury to anyone. While it has not been confirmed that the letters originated from Memphis, it is regrettable that our name is connected in any way with this heinous act. Local law enforcement officials have been in contact with the investigating agency, the FBI, and stand ready to cooperate as needed.”

The Associated Press, on the basis of an FBI bulletin the news agency had obtained, had been the source of information that the two letters, both intercepted by authorities on Tuesday, both bore Memphis postmarks and had contained, along with the poison, the same message: "To see a wrong and not expose it, is to become a silent partner to its continuance. I am KC and I approve this message."

The 45-year-old Curtis, whose initials roughly match up with those in the message, is said to be someone who habitually writes letters of complaint to members of Congress. He is also being identified by several sources as a frequent Elvis impersonator. See here.

Sheriff Jim Johnson of Lee County, Mississippi, had earlier confirmed to the Jackson (Ms.) Clarion Ledger that FBI agents had set up a staging area around Tupelo for their investigation and said he would have a press conference at 9 p.m. Wednesday to release more information. It was at the press conference that he mentioned FBI interest in possible connections between the letter locally received and those to Obama and Wicker.

The Department of Justice issued this clarifying statement Wednesday evening, apparently connecting all the letters to suspect Curtis:

Since the first reports Tuesday of ricin letters to the President and the Mississippi senator, Senate offices from Alabama, West Virginia, Arizona, and Michigan had all received what were described by news agencies as suspicious envelopes, though no further confirmations of nicin deposits had so far been reported.

The flare-up of anxiety about the ricin letters in the aftermath of the Boston Marathon bombings is reminiscent of the anthrax scare that occurred after the terrorist attacks of September 11, 2001,

MTK, as fresh information is received.