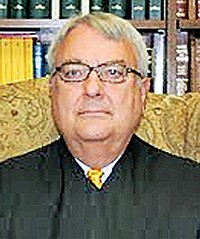 It has largely gone unnoticed amid the other local-government news of the week (e.g., meters for this, meters for that), but U.S. District Judge Hardy Mays has nudged the litigants in the protracted and still ongoing school-merger case to submit briefs about the current status of the case.

In an order of August 14, Mays reviews recent developments and cites precedents to the point that the passage of Act 256 in the 2013 session of the General Assembly had made moot a complaint by the Shelby County Commission concerning the unconstitutionality of a prior act enabling the establishment of new municipal school systems.

Act 256, which applied statewide in its lifting of a ban on new special school districts, had remedied the defect of the earlier act, Mays notes in the order.

The order concludes with this paragraph:

In a strict sense, the “remaining claims” language would refer to a still extant claim by the Commission as a party to the case that the establishment of municipal schools would foster re-segregation.

In a more general sense, there are remaining issues outside the direct frame of litigation, such as that of which jurisdiction or jurisdictions can lay claim to students in unincorporated Shelby County or that of how and under what circumstances the soon-to-be municipal districts can make use of the school infrastructure which, technically, is the property of the current Unified School District board.

Subsequent to Judge Mays’ order, all of these issues got a workout in an executive session of County Commission members with attorneys on the case after Monday’s regular Commission meeting.

Though no official word resulted from that session, enough leaked out of it to indicate that the contending parties made little headway with each other.

One bottom line of that would seem to be that the County Commission’s claim that the new municipal districts would foster re-segregation remains under dispute and will have to be adjudicated by Judge Mays, whether in a formal trial or otherwise.