Some serious (and controversial) barbs get thrown -- and not all of them at the honoree -- during fund-raising Democratic affair.

The inaugural Shelby County Democratic Party roast, this one a $100-a-head party fundraiser in honor of former Memphis Mayor Willie Herenton (but for the sake of party coffers), took place at Colonial Country Club Saturday night before what looked to be a capacity crowd in the club's main ballroom.

The roast of Herenton — a five-times-elected former chief executive, first elected black mayor in the city's history and a bona fide, if ever controversial, historical figure — was remarkable both for those who were present and those who were absent. Among the former were numerous members of the former mayor’s inner circle and a few erstwhile antagonists, notably including former City Councilman Brent Taylor, whose barb-laced comments {“I didn’t come to toast. I came to roast!”) had the crowd alternately laughing or groaning virtually non-stop.

Few of the other roasters were as blunt or as caustic (or as funny) as Taylor, though there was a fair amount of lese majeste here and there, including stories (whether real or exaggerated or imagined) of former golden glover Herenton beating up on an over-the-hill Joe Frazier (in fact, he danced around poor Frazier in their charity bout) or missing 10 straight free throws in front of basketball great Michael Jordan or, as a principal, breaking up a students' poker game and keeping the change. Councilman and former interim mayor Myron Lowery hit the middle between affection and sarcasm, using the name "Willie" in his recollections perhaps 20 times — which is roughly 20 more times than he ever used the name before.

Many of the recollections, however, were shaded toward respect or even sycophancy, as befitted the event's subtitle, "Celebrate the Legacy."

Among the conspicuous absentees at the event were members of the extended Ford family, 9th District congressman Steve Cohen, and current Memphis Mayor A C Wharton.

Harold Ford Sr., the Ford-clan patriarch, came in for grudging but appreciative mention as a sometime friend/sometime foe of the mayor. What appeared to be an oblique shot was aimed by Brown at Cohen, who had been the featured speaker Friday night at a Truman Day event hosted by Knoxville Democrats and was otherwise staying close to Washington, pending developments in the looming government-shutdown crisis.

Apropos Cohen, one of the roasters was attorney Ricky Wilkins, who in a conversation before the dinner, reaffirmed his intent to challenge the incumbent congressman in next year’s Democratic primary. Wilkins’ “roast” remarks consisted mainly of an account of his trying unsuccessfully to warn the then mayor in advance of the likelihood of treachery from an unnamed lawyer who was clearly meant to be the late Richard Fields. 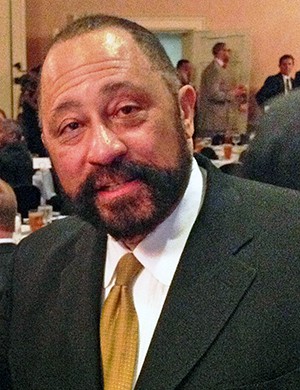 Judge Joe Brown (not to be confused with Councilman Joe Brown,though that confusion has occurred locally more than once, perhaps to the electoral good fortune of the Council's Brown) not only emceed the Herenton roast but had some summing-up words of his own — forceful, scornful, and iconoclastic, even to the point of savaging notable Democrats like President Obama and making pointed statements about women and gays that those Democratic interest groups might well be inclined to take offense at.

It is a fact that several attendees made a point of walking out during a portion of Brown's speech. It is also a fact that others seemed to resonate with his outspokenness.

The words of the former Criminal Court Judge and erstwhile TV judge are worth special attention in view of his professed interest (repeated from the dais and in conversation at the roast) in making potential electoral races of his own, local and/or statewide. Brown's climactic speech is presented here to speak for itself, without further comment:

Joe Brown's remarks at Herenton roast
Update Required To play the media you will need to either update your browser to a recent version or update your Flash plugin.

Current Mayor Wharton was the subject of some withering remarks by predecessor Herenton, who, in remarks that concluded the evening, referred to a recording of my 2009 Flyer “exit interview” with the outgoing mayor, portions of which had been played aloud on the P.A. system during dinner.

Reprising what he had said back then, Herenton basically said his successor preferred to be liked rather than respected and repeated that he had warned Wharton during their famous meal together at LeChardonnay in 2007 that the forthcoming mayoral contest that year would be “ugly” should then county mayor Wharton (who ultimately opted out) decide to challenge his bid for a fifth mayoral term.

The former mayor and current proprietor of the W.E. B. DuBois network of local charter schools also professed gratitude to be back in education after 25 "tough" years in the political sector. He reminded his listeners of his long-expressed intention to publish a tell-all book that would, among other things, expose what he said was a concerted effort within the media and the justice system to unjustly railroad him into prison. "What they intended was Willie Herenton to be a bunk-mate of John Ford," he averred.

Herenton's bottom line: The "haters" cold not change the history he made. 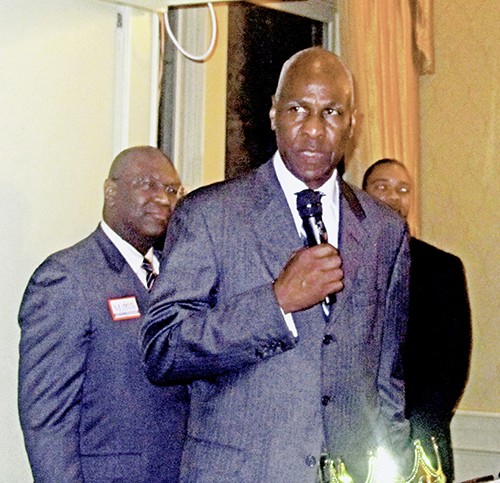 Herenton's remarks at roast
Update Required To play the media you will need to either update your browser to a recent version or update your Flash plugin.