Judge McMullen is Declared Free and Clear of Impediment to Retention 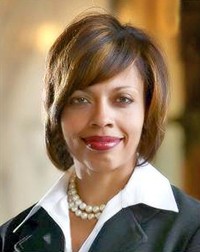 Judge Camille McMullen of Memphis, a member of the Tennessee Court of Criminal Appeals, who has just become unburdened of a serious obstacle to her remaining in office, will be one of the featured participants at this year’s Kennedy Day Dinner, sponsored by the Shelby County Democratic Party.

The dinner, an annual fundraising affair, will be held at the Bridges facility downtown at 7 p.m.

The theme of the event — which will take place Saturday night at Bridges and is headlined by U.S. Rep. Barbara Lee (D-CA), the keynote speaker — is “The Year of the Woman,” and the theme has special relevance to McMullen, who on Friday saw the state’s Judicial Performance Evaluation Commission reverse what had been its previous negative recommendation of her prior to this year’s judicial retention elections for appellate judges.

The Commission took its action after hearing on Friday from McMullen and another Appeals Court judge, Andy Bennett of Nashville, both of whom had received negative recommendations from the Commission in November — recommendations that had been suspected in various quarters of being politically motivated. Friday’s hearing had been held in the face of a Davidson County judge’s ruling earlier in the week that the Commission itself was invalid because women were underrepresented in its membership — an obvious irony, and perhaps more, in the case of its judgments on McMullen.

Whatever the future of the Commission, at present composed of seven men and two women, McMullen’s future has taken a decided turn for the better. Before the Commission had reversed its previous verdict, she could have run for reelection this year but might have faced an opponent. The reversal means that, like the rest of the state’s 22 appellate judges, she is subject to a simple Yes/No vote on retention. 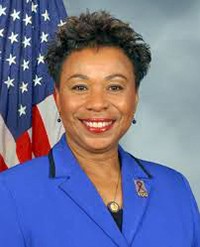 Before the Commission’s surprise negative recommendation in November, McMullen had been highly touted, with state Supreme Court Chief Justice Gary Wade calling her “very well qualified” and state Safety and Homeland Security Commissioner Bill Gibbons, a former District Attorney General in Shelby County,who had described her as “a rising star” while serving in his office.

The subject to be discussed by these panelists is “the challenges of public office, the grit needed to achieve and maintain those offices and the challenge women face running for/being appointed to public office.”

Congresswoman Lee, whose keynote address will precede the panel discussion, will speak on the aforementioned theme of “The Year of The Woman.”