Harvey Out, Martavius Jones In; Three Other Candidates for May 6 Primaries in Doubt 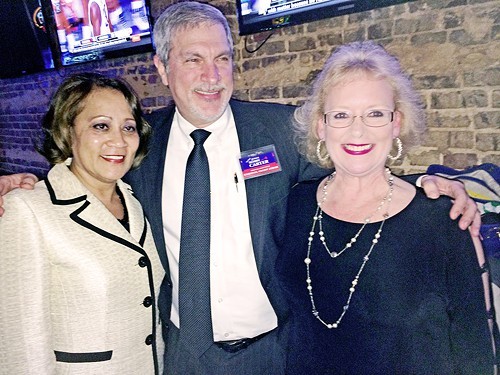 After Thursday’s withdrawal period for Shelby County offices and the Shelby County Election Commission’s preliminary certification of the candidate list, the major remaining mystery is whether three candidates can pass muster at a special called meeting of the S.C.E.C.next Wednesday, March 3, at 3 p.m.

The three potential candidates — — Edith Ann Moore and E. Jefferson Jones,, candidates in the Democratic primary for County Commissions 6 and 121, respectively and Latroy Williams, candidate for Trustee — had all filed by the deadline with the correct number of signatures but will be asked to address what were described in a Commission release as “residency complaints.”

The inclusion of Jones, a stockbroker and former School Board member, creates a three-way primary race between Jones, community organizer Reginald Milton, and political newcomer Jake Brown. Jones’ previous exclusion had been based on doubts about one of his 25 qualifying signatures.

Local speculation will now center on possible filings for state and federal office, the deadline for which is April 3.

—Several incumbent Shelby County legislators, both Democrats and Republicans, have seen potential opponents pick up petitions for possible races against them, but the most vulnerable incumbent may be state Senator Ophelia Ford in District 29, where Memphis City Council member Lee Harris is in the midst of a highly public and well-organized “listening tour” as a possible candidate for the seat in the Democratic primary.

—Former longtime Democratic state representative Mike Kernell, has pulled a petition to run for Seat 13 on the Shelby County School Board, but, as earlier indicated in this space, the Shelby County Commission has voted for a 9-member district for the School Board, and U.S. District Judge Hardy Mays, who had previously approved the 13-member format, will have to rule on the Commission’s revised request.

—State Senator Jim Kyle is one of two filees so far in a field of 11 people, none of them with prominent public profiles, who have drawn petitions for Chancellor, Part 1, an open seat. The other filee is Ken Besser.

Other judicial seats for which more than one candidate have filed include:

With more than a month left to go before the April filing deadline, all the judicial positions should be considered highly fluid, with more filings expected.