Campaign video doubles as news report, with staffer asking questions along with bona fide members of the local media.

“Judge, was this action politically motivated?”
“Will you be able to change any of this as .District Attorney?”
“Where are you taking your fight for justice now?”

Those are three of the early questions posed to Judge Joe Brown, candidate for District Attorney General, in what would appear to be a spontaneous press conference held by Brown upon his habeas corpus release from jail last Wednesday after a Shelby County magistrate in Juvenile Court had ordered him detained for contempt of court.

The contempt citation followed a heated argument between Brown and presiding magistrate Harold Horne regarding a woman in whose child-support case Brown had become her ad hoc attorney. During the encounter Brown challenged Horne’s credentials and referred to Juvenile Court as a “circus” and “a sorry operation.”

The three questions listed above are not the only questions asked Brown, who was poised, communicative, and passionate — and, some theorized, prepared —in his answers. Many other questions came his way, from local TV reporters whose mike flags indicated the stations they worked for. But the questions listed — the first of which was the first one out of the box — did not come from a member of the local press corps.

They came from a young woman named Christy Kirk, who is pictured as a member of Brown’s “social media team” on the candidate’s official Facebook page. She has her own personal Facebook page, where she is identified as “Christian Kirk (Christian Dionne)” and as an employee of “WUMR U92 The Jazz Lover.”

A buzz started up Monday as several viewers of the press-conference video featuring Brown observed that the “reporter” who turned out to be Kirk had no identifying “mike flag” on her microphone. Suspicions mounted on the basis of the three questions she asked.

The first is a reasonable, if somewhat leading,question. The second is a softball right into Brown’s swat zone, and the third is so editorial and leading in nature that it is hard to imagine a genuine reporter asking it. Taken as a whole, the three questions are clearly set-ups for talking points. The video itself was entitled "The Illegal Arrest of Judge Joe Brown: His Full Interview!" and was listed on the YouTube site as having been posted by "Joe Brown." (Full disclosure: it was also included as an appendage to a Flyer report.)

“Questionable,” is the word from veteran media analyst Richard Thompson of the Mediaverse-Memphis blog, who was an early investigator of the situation and who came up with the first tentative identification of the woman, who was at first taken to be a reporter.

Thompson, who was preparing his own take on the matter for his blog, said it was incumbent upon Kirk to identify herself as a campaign operative rather than allowing herself to be taken, misleadingly, as a member of the legitimate press. Similarly,Thompson said the public could be ill-served by posting the video online without explicit indications that it was a campaign product. 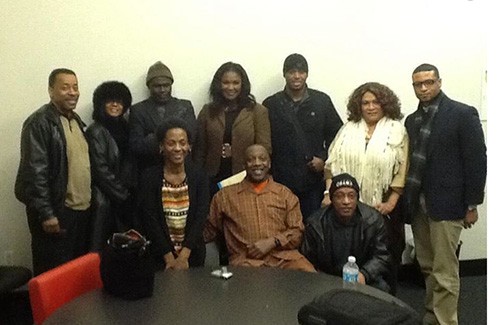