While most attention is focused on the Democrats hoping to succeed Judge-elect Jim Kyle in District 30, the good doctor floats.a trial balloon for the GOP nomination. 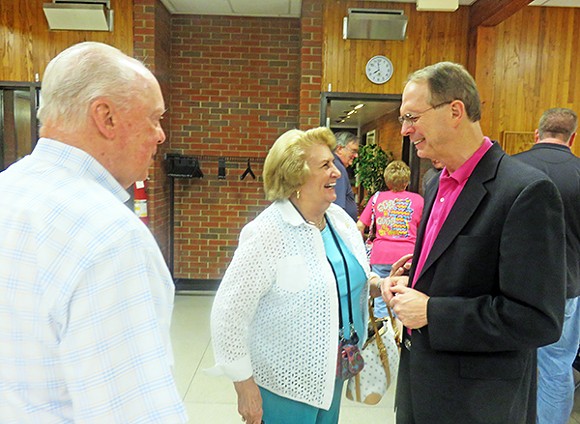 Who’d a thunk it. George Flinn, the wealthy Republican radiologist/radio tycoon who finished a distant third in his latest race for public office earlier this month, may end up on the November ballot as a Republican nominee, after all.

Flinn, whose self-financed political races are the stuff of legend (or of proverb, anyhow) may have lost his challenge for the U.S. Senate in the August 7 GOP primary, finishing well behind both incumbent Lamar Alexander, the winner, and state Rep. Joe Carr, the runner-up, but he just might have his party’s nomination for state Senate District 30 for the asking.

And Flinn may well ask. He sort of did already, at Tuesday night’s meeting of the East Shelby Republican Club at Germantown’s Pickering Center, by floating a trial balloon about the District 30 seat, which will be vacated on Friday when incumbent Senator Jim Kyle, a Democrat, vacates the seat to be sworn in as the newly elected judge in Chancery Court, Part Two.

Flinn announced to the assembled Republicans, who were there to hear a speech by state Senator Brian Kelsey, that he was thinking seriously of seeking the seat. Most public speculation so far has focused on which of several Democrats are likely to win their party’s nomination from the Shelby County Democratic executive committee, but the county’s Republican steering committee can nominate a candidate, too, and Flinn, who can be counted on to pay his own way (he just dropped upwards of $2 million in his Senate race), has oodles of name recognition, as well.

If Flinn should become the Republican nominee for the District 30 Senate seat, it will be his fourth campaign in the last five years. He ran unsuccessfully for Congress in the 8th District in 2010, in the 9th District in 2012, and in the GOP Senate primary this year — each time unloading millions for paid advertising.

Flinn also ran losing races for Shelby County Mayor in 2002 and for the Memphis City Council in 2003, but he won appointment to the Shelby County Commission in 2004 on a vote by the sitting commissioners, and he won reelection at the polls in 2006, without opposition.

Should he become an active candidate for the state Senate, he would have turned an ironic circle on his political career. Back in 2002, bound and determined to seek the office of County Mayor (he would win the nomination but lose the general election to Democrat A C Wharton), Flinn spurned an invitation from the local Republican hierarchy at that time to make a state Senate race.