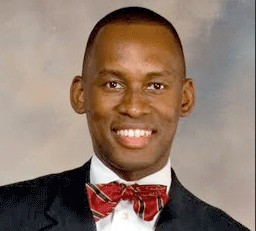 An uneasy truce that settled over the Shelby County Commission following a hearing on the body’s rules last week by Chancellor Jim Kyle was in danger of erupting into discord again in this week’s committee sessions.

In a hearing last Thursday, Kyle opted not to rule in the matter of a suit brought against Commission chairman Justin Ford by a group of Commission plaintiffs — six Democratic members plus Republican Steve Basar — who allege that Ford violated the body’s rules in arbitrarily keeping a proposed rules change off the Commission agenda.

The Chancellor told both sides that the Commission, in essence, had no rules to break, inasmuch as each elected version of the Commission is obliged to set its own rules and the body elected in August has not yet done so.

Both sides to the dispute had assumed that the Commission was bound by rules inherited from previous Commissions. The rules change sought by the plaintiffs would have lowered the threshold necessary to enact further rules changes from a two-thirds majority to a simple majority.

An official order signed by Kyle on Monday dissolves the injunction against Ford sought by the plaintiffs as irrelevant under the circumstances, makes it incumbent on the Commission to adopt a formal set of rules, and keeps jurisdiction of the matter in his court, pending the Commission’s resolution of things.

Democratic Commissioner Van Turner, one of the plaintiffs in the suit and chairman of the body’s general government committee, which was scheduled to meet at 8::30 on Wednesday, said he intended to bring up the whole matter of Commission rules. Meanwhile, said Turner, Kyle’s ruling apparently left the county charter, which calls for a simple majority to decide such matters, as the Commission’s sole authority.

Behind all the legal complications is a simple power struggle, pitting the Commission’s Democrats and Basar, who was vice-chair in the Commission’s last session but lost his bid to become chairman in the current session, versus the other five Republicans plus Ford, a Democrat who gained the chairmanship with GOP support.