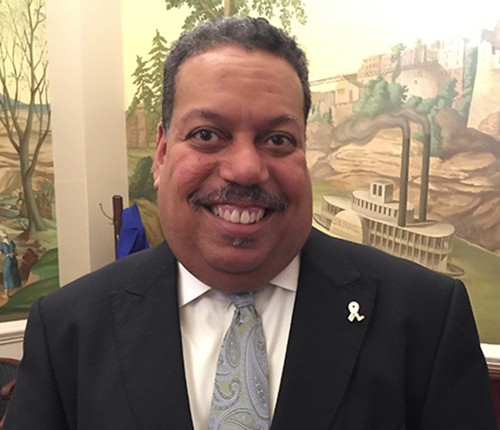 The man who, as news director, raised the profile — and the ratings — of WHBQ-TV, Fox 13, for several years of late, and who served in the same capacity for WMC-TV, Action News 5, before that, has a new job and a new challenge.

As of this week, Ken Jobe began serving as press secretary of the House Democratic caucus in Nashville. He serves as a media spokesman for the 26 Democratic representatives (out of 99 in the full body), and, as those numbers indicate, has yet another up-by-the-bootstrap circumstance to deal with.

Jobe’s new position represents a homecoming of sorts. He is a former resident of Nashville, and his mother still lives there.

During the past week of an aborted special session on “Insurance Tennessee,” Governor Bill Haslam’s proposal for health-insurance reform, Jobe was kept busy organizing individual and group availabiliites for members of the caucus.