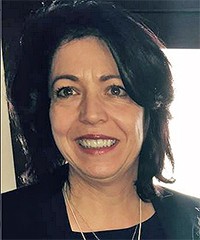 \For what seems like the third or fourth time in this calendar year, eccentric weather change — once again characterized by dropping temperatures, freezing precipitation, and treacherous roadways —has forced scheduled events to be called off.

Political events have been no exception. David Cambron, the acting chairman of the Shelby County Democratic Party announced Wednesday morning that Thursday’s visit to Memphis by state Democratic chair Mary Mancini has been postponed indefinitely.

Mancini, who has embarked on a “regional listening tour” of the state, had been scheduled to meet with Democrats from Shelby and surrounding counties at the IBEW union hallo on Thursday evening. Mancini’s visit will be rescheduled for later in the month, Cambron said.

Other postponements and cancellations should be expected for Thursday and Friday.
As before, scheduled events elsewhere in Tennessee are also affected. Various meetings have been called off in the state capital, and the legislative calendar there is likely to be suspended.