Despite Report, Cohen Not Ready to Endorse

Congressman keeping his options open in District 5 and other races. 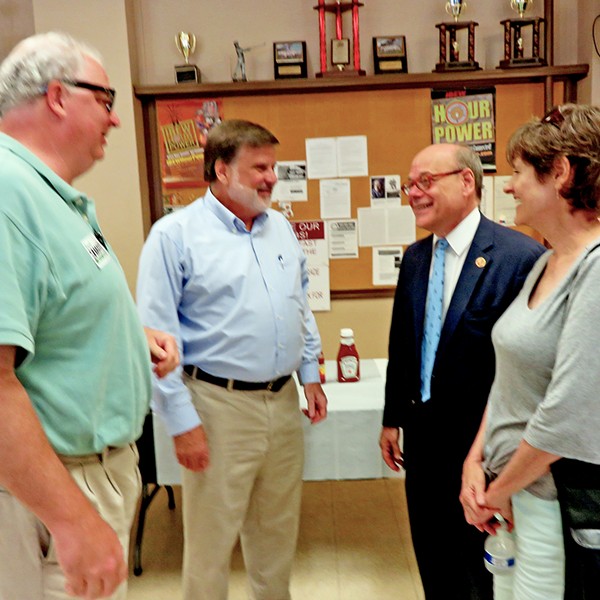 Candidates trying to get into public office no doubt envy those who are already there. But being an office-holder has its special quandaries.

Take 9th District congressman Steve Cohen, for example. He’s been in public life for so long and in so many different guises — County Commissioner, state Senator, and even, briefly, General Sessions Judge — that he’s accumulated an expectedly large number of friends and political allies. And he, like everybody else, has his ideological preferences.

At election time, understandably, several of the aforementioned friends and allies crave special attention from the Congressman.

Specifically, they’d like his endorsement — a commodity that, both in theory and in proven practice, is a help in getting elected.

The problem is that often there are several friends and allies all seeking the same position, and that puts the Congressman — and other officials in a similar situation (think Wharton, Luttrell, Haslam, etc., etc.) — in a bit of a bind.

The bottom line: Reports to the contrary notwithstanding, Cohen has not endorsed anybody for anything yet in the Memphis city election, as he made clear on Saturday, when he stopped by a fish fry at the IBEW building on Madison, in honor of his longtime friend and ally, Paul Shaffer, a candidate for the City Council, District 9, Position 2 seat.

“I may do something close to the [July 16] filing deadline,” Cohen said, “but I’m not endorsing as of yet.”

Shaffer is certainly a prime candidate for a Cohen endorsement; so are several candidates in other races.

Take Council District 5, for example: At least three candidates in the multi-candidate field are close to Cohen, either personally or politically of both. They are John Marek, Mary Wilder, and Charles "Chooch" Pickard. (One or two others in that field he finds potentially attractive, as well.)

Cohen posted some flattering remarks on his Facebook page this past week about Marek (his former campaign manager in two recent reelection efforts), and he’s certainly very fond of Marek and very impressed by him and encouraging of Marek’s political ambitions.

“But I have other friends in that race, too,” he clarified Saturday, indicating that he could speak highly of them, as well.

At least one published report stated flatly, though, that Marek had Cohen’s “endorsement,” and, to repeat, the Congressman insists that is not literally the case, as the word “endorsement” is commonly understood in the case of a political race.

All of this will work out in the wash, and it may well be — but it’s not guaranteed — that Marek will get a formal endorsement at some point. Meanwhile, friends of Wilder and Pickard — are perhaps those candidates as well — are bending Cohen’s ear.

As indicated, he is likely to confer an endorsement either just before or just after the filing deadline — if for no other reason than he is aware that three candidates vying for the same essential constituency (call it “progressive” or Democratically-inclined or what-have-you) could split the district vote in such a way as to leave them all outside the frame of a runoff election.

It is known, in fact, that Cohen counseled with at least one candidate, and perhaps more, about that prospect some weeks ago, before the field expanded.

Anyhow, if nothing else, the current confusion has made Cohen’s ultimate decision — about District 5 and other races — something of a suspense factor in a city election season getting ready to dispense with training wheels and pick up speed.