Scandal Comes to Capitol Hill in Nashville: The Durham Case

There’s a difference between a lynching and execution by due process. That distinction (which is apparently about to receive a  practical demonstration in our state capital) may not make much of a difference to beleaguered state Rep. Jeremy Durham (R-Franklin), who seems about to experience the officially ordered death, not of his person, but of his political career.

Durham is the legislator who burst into the news big-time in the current session of the General Assembly when the House Republican Caucus met in closed session early on amid a host of mysterious and unclarified rumors and voted to allow Durham to remain as majority whip. The GOP caucus would shortly reverse itself when published reports appeared confirming that Durham had sent “inappropriate” emails to several unnamed women (interns, one hears) asking for “pictures.”

Details have been scanty, but so were the pictures Durham requested, apparently. He was not, it seems clear, asking for graduation photos.

Now, Durham is also being held accountable for an unseemly relationship with a female state representative who, according to state Senate Speaker and Lt. Governor Ron Ramsey, was moved to resign because of it.

It was Ramsey who used the expression “lynching” in relation to the fate of Durham, who is being publicly urged by Ramsey himself, by House Speaker Beth Harwell (R-Nashville), by Governor Bill Haslam, and by a growing chorus of other party-mates to get out of the legislature of his own accord while the getting is good.

“Obviously we don’t want the press lynching anybody, but nobody forced, the press didn’t force somebody to send text messages after midnight asking for pictures,” Ramsey said to reporters at a meeting of the Tennessee Press Association in Nashville on Thursday. The Lt. Governor also said enough, without naming names, to invite media speculation about former GOP Rep. Leigh Wilburn of Somerville, a legislator who abruptly resigned late last year,

The Democratic remnant on Capitol Hill had chastised the Republican leadership for moving too slow in the Durham case, but Ramsey and Harwell are moving very fast of late. Whether or not events have forced their had, both Speakers have now moved beyond requests for Durham’s resignation and are talking up the process of expulsion.

On Thursday afternoon Harwell requested a formal investigation of Durham’s conduct by state Attorney General Herb Slatery and said she would use the “findings” in any forthcoming expulsion proceedings.
Durham himself, who has accepted “separation” from the Republican caucus but has declined so far to resign his House membership, said through a intermediary that he had “no further comments.”

We bet that’ll change. Stay tuned. This is one time when the legislature process is not moving at a snail’s pace. 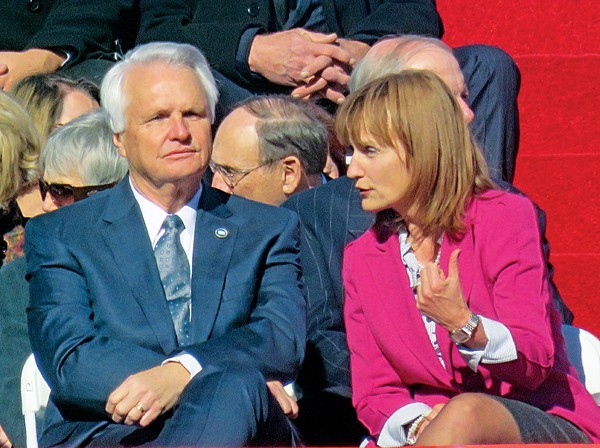