Luttrell offers mild protest to measure, which will be imbedded in a referendum, presumably on the November ballot. 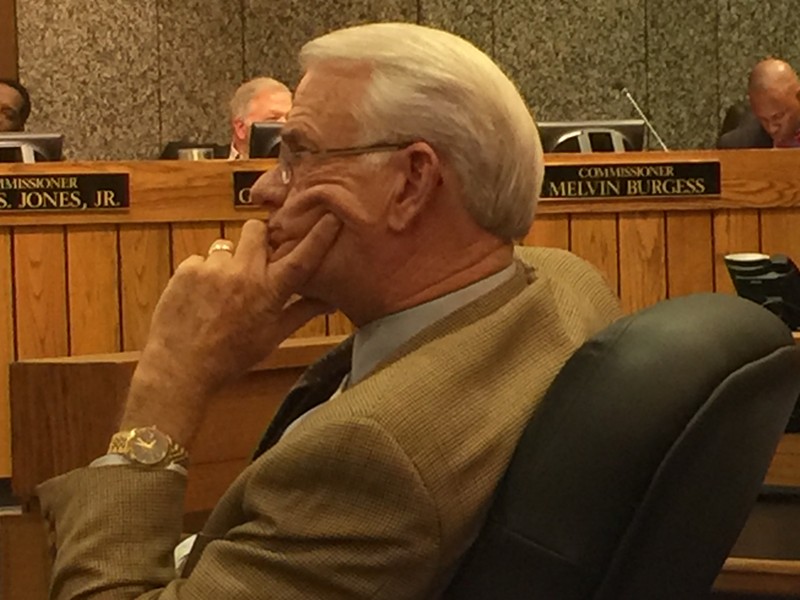 For some time, various members of the Shelby County Commission have been trying to wrest a share of control over various local governmental prerogatives that have hitherto been the exclusive province of the County Mayor. Most of their efforts have concerned expanded  fiscal oversight of this kind or that. But one of them falls directly into Mayor Mark Luttrell's prerogatives of appointment.

This was an ordinance, sponsored by outgoing chairman Terry Roland, amending the Shelby County charter to "require the hiring appointment and dismissal process for the County Attorney to consist of a recommendation from the County Mayor with the concurrence of a resolution of the Board of County Commissioners."

It would fall short of allowing the Commission to hire its own lawyer, a continuing and so far thwarted desire, but it would give the body a share of the process, one which, Roland said during debate, would tend to make the process "independent" and pave the way for further expansion of Commission wherewithal in the future.

In the end, the ordinance, during its third and final reading on Monday,  would gain the required 9 votes from the 13-member body, the number needed in order to qualify as a ballot referendum, presumably in November.
In a brief debate on the matter, Mayor Luttrell had said he would give the ordinance "serious consideration," and did not object to submitting the matter tthe people for a vote, but made it clear he preferred that it not pass. He compared the appointment of a County Attorney to the appointment by the President of the United States of an Attorney General and said he thought the processes should be similar.

Both Reaves, who wondered about the efficacy of submitting the matter to the people via a referendum, asked, "Does this really matter to Joe Blow?", and Chism, who thought the ordinance fell short of actually giving the Commission any power and was therefore somewhat pointless, voted no, as would Steve Basar who merely said he would "agree to disagree" with advocates for the measure.

Commissioner Heidi Shafer, along with Roland a prime supporter of expanding the Commission's piece of the action, made it clear that the ordinance was a direct result of the long-standing quarrel over the Commission's wish to have its own attorney. "If we had our own staff, this would not need to be implemented," she said. And she added,  November would be "a good time to be engaged."

Luttrell reacted, somewhat obliquely, to what Shafer said (and others had implied in previous debates) by saying, "Some comments have been made regarding the Mayor's influence on relations between the County Attorney and the Mayor." He denied siding with the County Attorney's office against the Commission and said he had "taken pains" to avoid that circumstance.

Monday's action comes in the aftermath of the resignation of former County Attorney Ross Dyer, who vacated the position following his appointment to a state appellate court. It was during Dyer's tenure that tension first flared over the Commission's wish to have his own attorney to render independent advice.

Perhaps unsurprisingly, Dyer consistently offered opinions that the County Charter made no allowance for the Commission's hiring of its own attorney.

In the interim, ssistant county attorneys Marcy Ingram and Kim Kuratsky are, in effect, alternating in the role of provisional County Attorney.