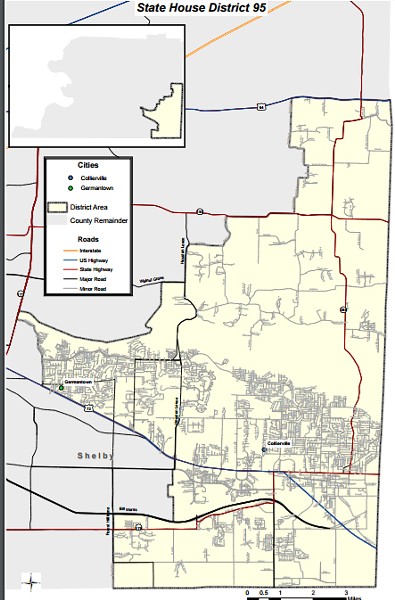 On Thursday, March 2, Gov. Bill Haslam issued a writ ordering the special election to decide who will replace Mark Lovell as state representative for District 95 in the Tennessee General Assembly.

In the meantime, as of the Governor’s announcement, the Shelby County Commission is empowered to meet and set dates for advertising the position, interviewing candidates for it, and finally selecting an interim state representative for District 95.

On February 14, it will be recalled, Lovell resigned under pressure from the House Republican leadership following allegations of sexual misconduct with a female staff member. He had only begun to serve the term he was elected to after defeating incumbent State Representative Curry Todd in the Republican primary last August and then winning the general election unopposed.

According to Shelby County election administrator Linda Phillips, “There will probably be one early voting location in Germantown and one in Collierville, but ultimately that decision is up to the [SCEC] commissioners.”

The five-members of the Election Commission will make that and other relevant decisions about the election at the next SCEC meeting on March 21 at 4 p.m. at the Operations Center at 980 Nixon Dive.

Would-be candidates for the seat may pick up a candidate nominating petition at either of the two offices of the Election Commission, at Nixon Drive or downtown. Phillips advises that the petitions must be accompanied by the signatures of 25 voters who are registered to vote in the 95th district and that the qualifying deadline for submitting a petition is Thursday, March 16, at noon, with the withdrawal deadline set for Monday, March 20 at noon.

Further information is available below in the press release containing the Governor’s announcement.