New chairman wins out over four other aspirants to lead the party. 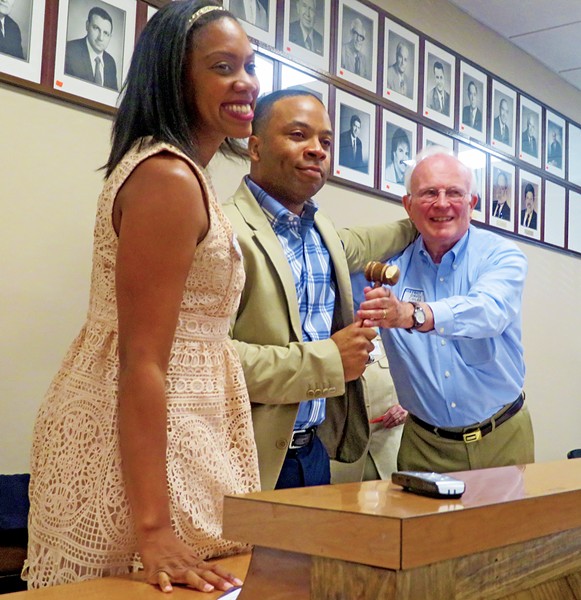 After roughly half a year of public listening sessions, a convention process that elected an executive committee and a larger ,“grass roots council, and two public forums featuring five chairmanship candidates, there is once again a functioning Shelby County Democratic Party.

And it has a newly elected leader, Shelby County Schools special projects director Cory Strong, a former naval officer and law school graduate whose solid résumé and thoughtful, informed manner helped him out-poll four other chairmanship aspirants in a vote taken at the IBEW union hall on Madison Saturday morning.

All of the five candidates — includes, besides Strong, political consultant Ken Taylor, charter-school and activist Anthony Anderson, free-lance policy analyst Thurston Smith, and retired law professor Larry Pivnick — had their moments during the brief chairmanship campaign, and especially in two forums this week, one at Shady Grove Presbyterian Church on Tuesday night and another on Friday night at the IBEW hall.

But in the balloting on Saturday, Strong took ad early lead and never lost it, heading the list on the first ballot and handily out-polling runoff opponent Taylor 66-25 on the second ballot.

State Democratic chair Mary Mancini, whose decertificaton of the former SCDP for what she termed “many years of dysfunction” opened the way for a newly formed party and a fresh start, was on hand Saturday to swear in Strong.

The meeting was presided over by David Cocke and Clarissa Shaw, who for the several months of party reorganization had served as co-chairs of the ad hoc committee charged with bringing back into being an official Democratic Party unit in Shelby County.

See slideshow for photographs of this week’s final leg in that process.