February 06, 2018
comment
The following is an exchange between Allan Wade, counsel for the Memphis City Council, and Steve Mulroy, a University of Memphis law professor, former Shelby County Commissioner, and leading advocate of instant runoff voting for local elections. The exchange relates to an ordinance — passed 11-2 by the Council on Tuesday — establishing a referendum that could eliminate all runoff voting in city elections. Mulroy's reference to being "out of the country" refers to a sabbatical law fellowship of his, now ongoing in Canberra, Australia.

Good morning—I have been requested to inquire whether your organization, Fair Vote, has a position on the referendum ordinance eliminating run-offs in Council district races? And, if Fair Vote is supportive will it contribute to an information campaign for that Item? 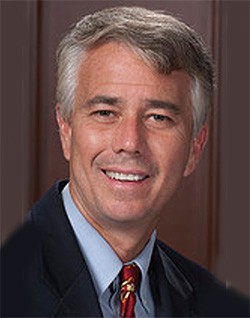 I'm out of the country. It was early morning when I first saw your email. I decided to wait til I got to my office and pen a proper response on a desktop rather than try to use my iPhone. I was unaware from your message that this was time sensitive, or that the Council was actively debating the plurality measure as you wrote.

I've since been told that you informed the Council that I was unresponsive to your email, or gave you the cold shoulder, or the like. If this is so, this is an unfair characterization, and I hope that you will convey this response to the Council before they vote. Since the sponsor asked for my position, it is only fair that you timely and accurately convey it.

My organization is not Fairvote. It is Save Instant Runoff Memphis, made up of scores of Memphis residents who favor IRV for the unique conditions of Memphis. Fairvote is a national organization that we consult with, just as Councilman Ford consulted extensively with a California-based national opponent of IRV (who often prefers to remain anonymous).
I very much appreciate Councilwoman Swearengen inquiring as to our position and inviting us to participate in a public education campaign. Please thank her for that courtesy.
Respectfully, though, we oppose the plurality ordinance. The reasons were spelled out in "Respect the Voters," a guest editorial I published in the Memphis Flyer last month.

In a nutshell, plurality creates the "spoiler" effect—i.e., if too many candidates representing the majority view enter the race, their vote is split, and a candidate squeaks by with 39% of the vote who actually is the LEAST-PREFERRED candidate of the majority. This is how Donald Trump became the Republican nominee in 2016, even though most Republican primary voters ranked him pretty far down the list. Plurality is fraught with problems from a minority vote dilution perspective in a city or district with a black majority. Plurality also is subject to manipulation; an established candidate can recruit another candidate to enter the race and split the vote of the other side. We have all seen examples of both phenomena in Memphis elections in the last few decades.
IRV eliminates both these problems, and ensures the majority's will in a given district, while also avoiding the problems of 5% participation, minority vote dilution, and disadvantage to lesser-funded candidates present with regular runoffs in Memphis—arguments familiar to those who listened to the December debate on Councilman Ford's ordinance.
Most important, Memphis voters voted for IRV at a 71% rate in 2008, and only obstructionism by those in power has prevented its implementation. IRV should be given a chance to succeed or fail before we consider replacing it with a plurality for all system.
Finally, it should be noted that the plurality ordinance directly conflicts with Councilman Ford's ordinance. Having both on the November referendum ballot will cause voter confusion. If both were to pass in November, there would be legal uncertainty. At a minimum, the Council should decide on one or the other and stick with one in November.
Again, we appreciate the Council seeking our views. If the plurality ordinance gets on the ballot, Save Instant Runoff Voting Memphis will urge the public to vote "NO," just as it will with Councilman Ford's December ordinance.