Notes on Council, School Board Races


Not to be forgotten (but largely overlooked, all the same) as we approach the August 2nd election date is a race to fill a vacancy on the Memphis City Council and four races for positions on the Shelby County Schools board.

By definition, these positions apply exclusively to Memphis, in the case of the council seat, and mainly so for the school board positions.

CITY COUNCIL, SUPER-DISTRICT 9, POSITION 2: The council seat, an at-large position for roughly the eastern half of the city, was formerly occupied by Philip Spinosa, who resigned in May to take a job with the Greater Memphis Area Chamber of Commerce. The seat is now occupied, on an interim basis, by funeral home director Ford Canale, who was appointed to the vacancy by a majority of the other council members. Canale and six other candidates are now seeking the right to fill out the duration of Spinosa’s term. 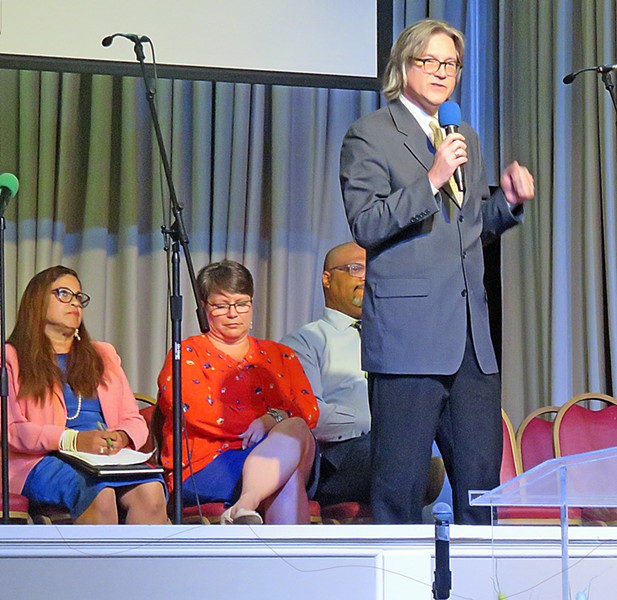 The other six are Charley Burch, Tyrone Romeo Franklin, Lisa Moore, Erika Sugarmon, Tim Ware, and David Winston. There have been two public forums to which all the candidates have been invited. Both were held last week — one at the Olivet Worship Center at Woodland Hills on Tuesday, the other at Mt.Olive C.M.E. Church on Thursday. Only candidates Burch, Moore, Sugarmon, and Ware took part, and, while no one bothered to mention Franklin and Winston, the absence of interim Councilman Canale drew significant attention from those present.

In fact, Canale’s ears had to be burning on Tuesday night. Music producer/realtor Burch talked about him at length, casting him as the “plant” in a saga whereby a cabal of business elitists, special interests, and council incumbents are determining who is and can be on the council — and pretty much everything the council does.

“The council knows how they’re voting before they come into the room [the City Hall auditorium],” Burch asserted. “There’s empirical evidence of it.” And Canale’s appointment was a case in point. “The fix was in,” said Burch. “I’m not running against one great candidate up here” he said, a sweep of his arm indicating the fellow candidates on stage with him at Woodland Hills. “But I am running against Canale, because he has a plan to keep us out. ... I’m the main one they don’t want elected.”

Moore, who runs a non-profit called Girls, Inc., was of similar mind on Tuesday, speaking of active “collusion” between the council and City Hall on behalf of “a well-orchestrated plan,” where “the rich get richer and the rest of us just watch and struggle.” She called for “equity” efforts in every neighborhood, a crash program in public transportation, and a developed educational plan. Former teacher Sugarmon, the daughter of Memphis civil rights pioneer Russell Sugarmon and a self-proclaimed “people’s candidate,” called for community development programs that would “trickle up” economic progress. Tim Ware, who has had a lengthy career as an education consultant, called for the city to resume its spending on public schools, an idea that the others approved as well.

There was more from all four, much of it sound, some of it more freely speculative, and most of it was repeated at Mt. Olive on Thursday in a program sponsored by the NAACP via its VIP901 election-year campaign and shared with school board candidates. Burch, who has union support and promised to restore the lost pension arrangements of the city’s first responders, and Moore had sounded the leitmotif: that city government was in the clutches of a self-aggrandizing clique, for whom the newly named Canale was just the latest tool.

The Rev. Kenneth Whalum, pastor of the church sponsoring the first council forum and a former school board member, had joined in the verbal abuse of Canale, whom he ridiculed for the fact that the not yet elected councilman’s picture was said to have been mounted already on the City Hall auditorium wall.

Congratulating the other candidates, Whalum said, “All of them were very impressive. They‘re all eminently more qualified than Ford Canale, who didn’t think enough of you to show up. Vote for anybody but Ford Canale. ... Put one of these people on the city council and make them take that picture down.”

At stake on August 2nd are the SCS seats for District 1, 6, 8, and 9. The candidates who turned up for the second half of the NAACP bill at Mt. Olive were basically the same ones who had been at a forum the week before at Bridges downtown. They were: incumbent Chris Caldwell and Michelle Robinson McKissick in District 1; incumbent Shante Avant in District 6; and incumbent Mike Kernell, Kori Hamner, and Joyce Dorse-Coleman in District 8.

The school board seminar at Mt. Olive was lively and reasonably thorough, though it lacked some of the spice that had been contributed at the earlier Bridges affair by candidates Michael Scruggs in District 1; Minnie Hunter and Percy M. Hunter in District 6; Jerry A. Cunningham in District 8; and Rhonnie Brewer in District 9. Incumbent Billy Orgel of District 8 did not attend either forum.

At Bridges, the questions given the candidates were more numerous and more pointed, including one about how to deal with the factor of LGBTQ students that some candidates circled around and others answered with sentiments of simple acceptance. Another question at Bridges that received some lip service at Mt. Olive was that of whether the School Board should be enlarged to include at least one student member. At neither venue was there an outright endorsement of that idea.

[Note for future forum planners. Bridges is an inviting place to have an assembly, but its acoustics, at least when hand mics are being swapped around, are far from ideal]

At both Bridges and Mt. Olive, the school board candidates stressed the importance of involving students’ families in the schooling process, but all of them made the case for increasing resources, from any or all of the funding sources. They all, as well, called for more wrap-around services and such auxiliary personnel as counselors, social workers, behavioral specialists, and the like. And everybody thought teachers deserved more rewards. 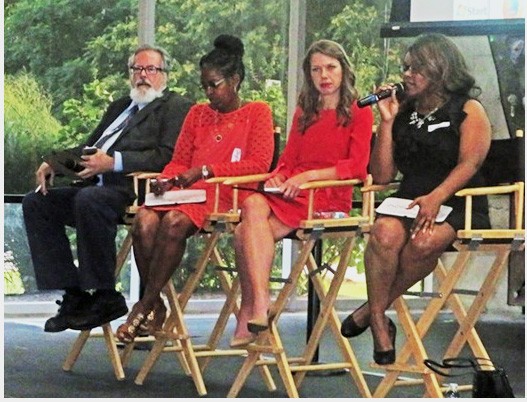 Other notions that found general favor were that of after-school activities and programs to combat what incumbent Avant called the “summer slide.” Though the issue of the district's optional-schools program was not addressed systematically, there was a certain sentiment, voiced most specifically by McKissack, that the curricula of non-optional schools should be upgraded. As for the problem of differing school formulas — including charter schools and IZone and ASD institutions — the candidates favored some version of sharing resources but tilted toward preserving the norm.