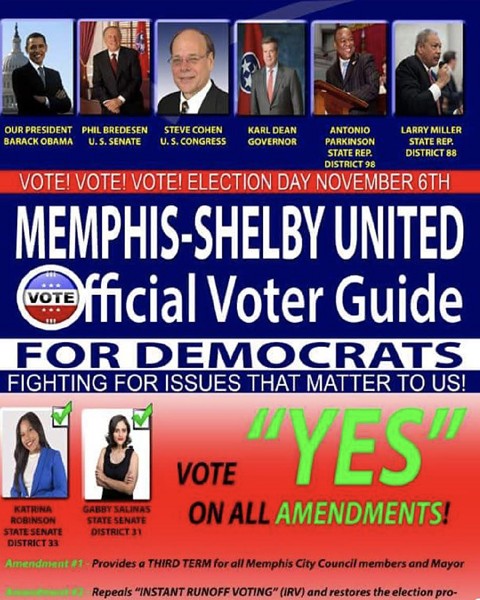 For the record, the latest entry on the bogus ballot scene is this one, purportedly by longtime pol and former City Councilman Rickey Peete. Billed as an “official” ballot for Democrats, it has no relationship to the Shelby County Democratic Party, whose position on the three ballot referenda is to vote No/Against.

Peete joins a field that at election time consists of ballots by the likes of such entrepreneurs as Greg Grant, Bret Thompson, and M. Latroy Williams — all of whom charge candidates (and, in this, case, backers of referenda) a pretty penny for the honor of appearing on sample ballots that are either handed out or mailed out to voters. It’s an industry.

Some of these balloteers have been the subject of lawsuits for their linguistic efforts to confuse voters about their party credentials. Peete’s ballot is unusually direct and misleading in that respect.