Want to show some off some spirit in October's Mid-South Pride parade down Beale Street? Learn your way with paper mache at tonight's (Tuesday, July 12th) Mid-South Pride Float-Making Workshop at the Memphis Gay & Lesbian Community Center (892 S. Cooper) from 6:30 to 8 p.m.

The tutorial will cover the basics of float design, such as foam core construction, paper mache, cardboard and wooden armature, pomps and chicken wire, and most importantly, glitter! 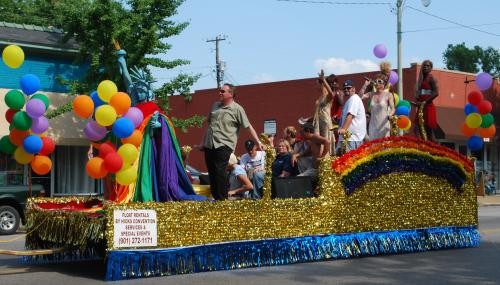