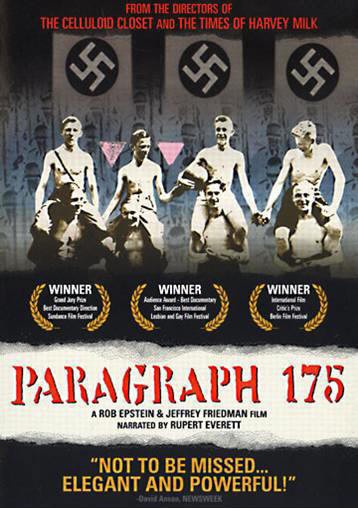 On Thursday, September 15th at 6:30 p.m., film and television producer Howard Rosenman (Father of the Bride, Buffy the Vampire Slayer) will be town for the Memphis premiere of his documentary Paragraph 175 at Malco's Ridgeway Four Theater in conjunction with the Outflix Film Festival.

Paragraph 175 focuses on the 100,000 Berlin men arrested for homosexuality under the German penal code during the Holocaust.

Rosenman will also present "The Hollywood Sell," his seminar on producing for the big screen, on Sunday, September 18th from 11 a.m. to 2:30 p.m. at Memphis College of Art's Callicott Auditorium. That event is presented by Indie Memphis and Memphis & Shelby County Film and Television Commission.