About 50 people gathered on the front lawn of the Memphis Gay & Lesbian Community Center Monday night to celebrate the upcoming oral arguments in the U.S. Supreme Court same-sex marriage case that involves a couple from Memphis.

Memphians Ijpe DeKoe and Thom Kostura are plantiffs in the case, and they're represented by local attorney Maureen Holland. They flew to Washington D.C. last week to prepare for oral arguments, which begin on Tuesday, April 28th. The Tennessee case is lumped with same-sex marriage cases from Ohio, Kentucky, and Michigan, all of which are on appeal after the Sixth Circuit Court of Appeals upheld marriage bans in the four states last year.

The Sixth Circuit's decision was a split from other appellate courts, the rest of which have ruled to overturn marriage bans. Marriage equality advocates believe the Supreme Court's decision in this case will decide the fate of marriage in the country. A decision is expected by June.

"This is history," MGLCC executive director Will Batts told the crowd. "I'm not going to quote the vice-president, but this is a big effin' deal."

Same-sex marriage is legal now in about three-fourths of country, and only 13 states — including Tennessee — continue to ban it. So far, 65 courts have ruled in support of same-sex marriage, and only one court — the Sixth Circuit Court of Appeals — has ruled to uphold a gay marriage ban. That's the decision that involved Tennessee, Ohio, Michigan, and Kentucky that is being appealed to the Supreme Court.

"Now is the time for the Supreme Court to finish the job on marriage," said the Tennessee Equality Project's Jonathan Cole.

Gwendolyn Clemons, co-founder of Relationships Unleashed (an LGBT radio program on KWAM 990), told the crowd that, in order to win equal rights, they must make their voices heard.

"We have to be visible. We can't hide anymore," Clemons said. "The only thing that belongs in a closet is clothes."

"And shoes," added her wife Shawn.

"We're in our civil rights movement. If you're ready to march, we need soldiers," Clemons added. 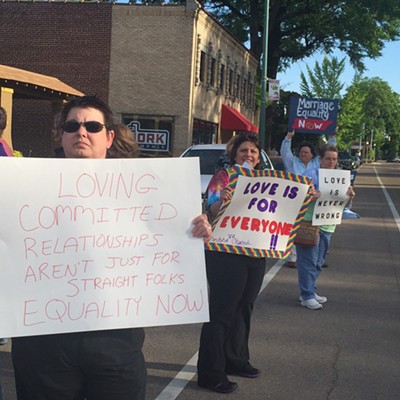 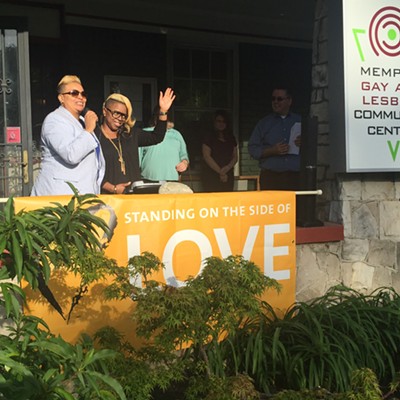 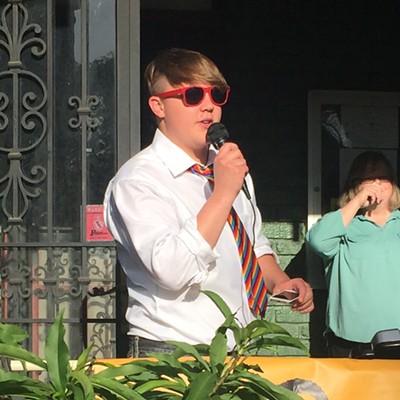