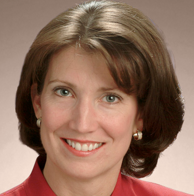 The Tennessee House of Representative has passed a resolution expressing disagreement with the U.S. Supreme Court's Obergefell v. Hodges decision — the case that cleared the way for legal same-sex marriage across the country last summer.

The resolution, which was sponsored by Representative Susan Lynn (R-Mt. Juliet), passed in a 73-18 vote. It has no legal force, and Representative Mike Stewart (D-Nashville) called the resolution a waste of time. Representative Sherry Jones (D-Nashville) tried to tack on a resolution that would have required the state to pay any legal fees associated with lawsuits against local governments that refuse to issue marriage licenses to same-sex couples, but that amendment failed.

Here's the Tennessee Equality Project response to the resolution's passage (first published in the Nashville Scene):


TEP condemns House passage of HJR529 today on the House floor. Though it has no legal force, the resolution insults the LGBT community with yet another vote on something that should not be voted on, namely, basic rights. The resolution furthermore celebrates lawsuits against local governments in our state, which will take up the time of county clerks and the resources of taxpayers. Yet, the Legislature refused an amendment by Rep. Sherry Jones, which would have required the state to pay for legal costs associated with the lawsuits. Legislative attacks on Tennessee's LGBT community have become desperate and bizarre.
Rep. Susan Lynn, R-Mt. Juliet—the resolution’s sponsor—said it supports strange lawsuits like the one from the Family Action Council claiming the state’s marriage law is invalid now because of Obergefell and seeking to force county clerks to stop giving marriage licenses to gay or straight couples.

On March 8th, the House Education Administration and Planning Subcommittee will consider an anti-transgender bill that bars public school students from using bathrooms or showers that correspond to their gender identities.