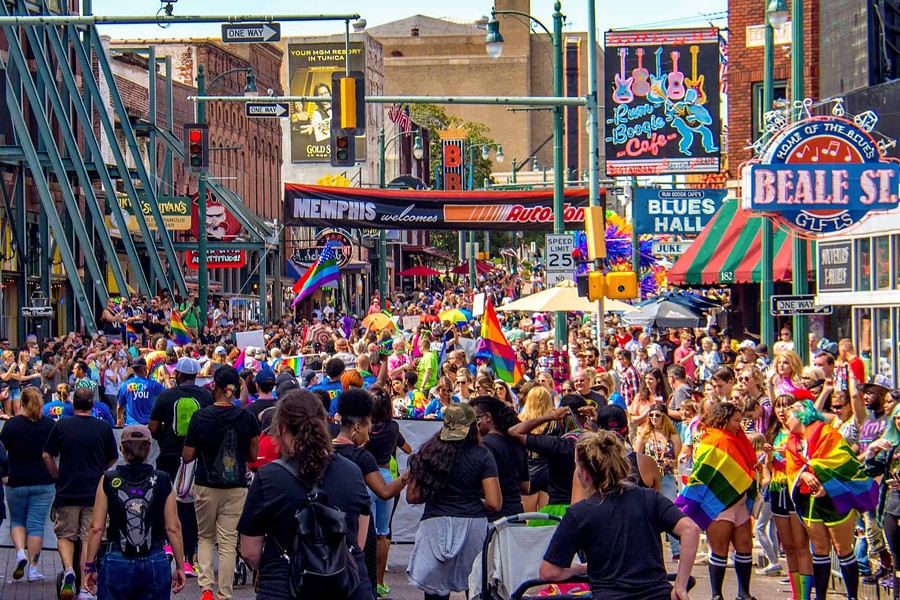 The Human Rights Campaign’s (HRC) annual Corporate Equality Index included four of Memphis’ biggest companies and a law firm. Two of the corporations scored towards the top, with one scoring in the middle and another toward the bottom.

The HRC claims it is “the nation’s largest LGBTQ civil rights organization.” Its report reviewed 1,059 companies and law firms this year. That included 25 Tennessee-based businesses. In Memphis, five companies were deemed large enough for review by the Human Rights Campaign.

Of those here, the law firm of Baker, Donelson, Bearman, Caldwell & Berkowitz PC scored the highest with 90 out of 100 points possible. FedEx Corp. scored high, too, with an overall equality score of 85. First Horizon National Corp. also scored near the top with 75 total points.

AutoZone Inc. scored near the middle with 40 total points. International Paper had the lowest Memphis score on the report with 30 total points.

All of these points were awarded to companies based on four broad criteria:

”These companies know that protecting their LGBTQ employees and customers from discrimination is not just the right thing to do — it is also the best business decision,” HRC president Alphonso David said in a statement. “In addition, many of these leaders are also advocating for the LGBTQ community and equality under the law in the public square.”

These companies know that protecting their LGBTQ employees and customers from discrimination is not just the right thing to do — it is also the best business decision. tweet this
HRC began its report in 2002, done largely through a survey of Fortune magazine’s 500 largest publicly traded businesses, American Lawyer magazine’s top 200 revenue-grossing law firms and hundreds of publicly and privately held mid- to large-sized businesses.

In its first year, HRC named 13 top-rated companies. This year, the group named 686 such businesses that had a perfect 100 score ”under the most stringent criteria to date.”

Here are some more insights gleaned in this year’s Corporate Equality Index (CEI):

• The more than 680 companies that earned a 100 on the CEI represent 12.4 million employees nationally, 11.9 million globally, and earn a combined estimate of $12.9 trillion in revenue.

• Eighty-three companies participated in the CEI for the first time in 2020, with 36 debuting at a score of 100, including Etsy Inc., Peloton Interactive Inc., Stop & Shop, and Warner Music Group.

• Of all Fortune 500 companies, 93 percent have sexual orientation in their U.S. non-discrimination policy, and 91 percent have gender identity.

• Tennessee companies averaged a score of 70 in this year’s CEI.

• This year 89 percent of companies participating in the CEI offer at least one health-care policy that is inclusive of their transgender workers.