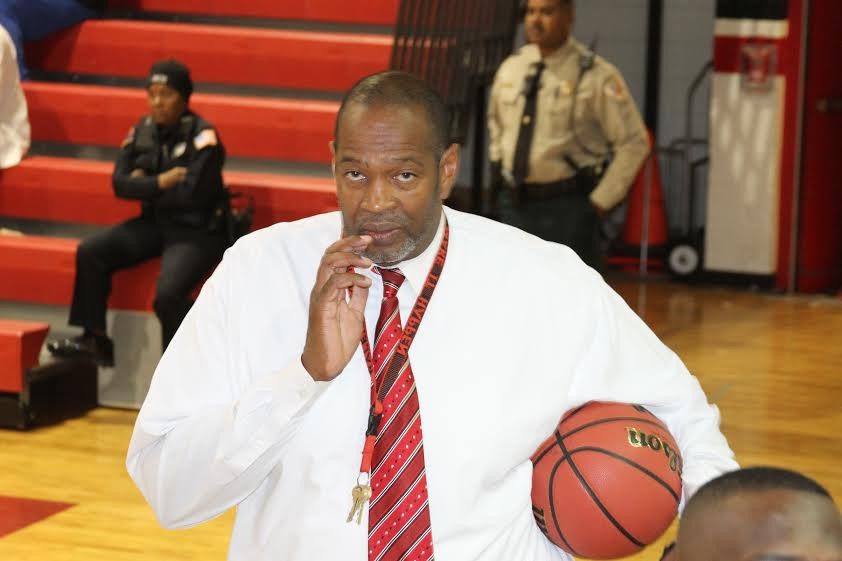 The game ends, and Keith Lee and Andre Turner embrace near the scorers’ table and exchange a few words, much like they did in the 80’s as teammates at Memphis State University. But this time they do not walk off the Mid-South Coliseum court together. Instead they walk to separate locker rooms at Raleigh-Egypt High School, mentors of young basketball players — Lee as the head coach at Raleigh-Egypt and Turner as an assistant coach at Mitchell.

Lee’s Pharaohs are on the wrong end of a 62-47 final. After his chat with Turner, Lee declines an interview request. “I’m not going to do that,” he says with a hand wave, all without missing a step. It’s easy to assume Lee is in no mood to talk after losing in his first attempt as head coach of the Pharaohs. But the more realistic theory is Lee is just not a talker. He’s never been a talker nor has he ever cared to be.

Back on April 8, 1981, as a senior at West Memphis High School, Lee was set to announce his plans to play college basketball at Arkansas State. The school set up a press conference for Lee to make the announcement. Lee never showed up. He didn’t bother to tell his head coach either, leaving the school’s athletics director, Wallace Chandler, with the task of calling and apologizing to members of the media.

Of course, Lee never signed with Arkansas State. He would go on to become the University of Memphis’ all-time leading scorer and rebounder, and perhaps the program’s greatest player. Judging by the figurative distance between Lee and the Tiger fan base since he left the school, it would be easy to assume animosity exists, but the standing ovation Lee received when he appeared at Memphis Madness in 2012 suggests otherwise. Memphis fans want to embrace Keith Lee, but he apparently has no interest in being embraced. Perhaps nothing personal, it’s just who he is.

Lee’s reluctance to talk may soon be tested if Raleigh-Egypt is as good as Eric Robinson believes they will be this season. Robinson, known in the Memphis basketball community as “Cowboy,” is Lee’s right-hand man and the Pharaohs' assistant coach. He says their 15-point season opening loss to the Class 1A defending Tennessee state champions is not indicative of how they will perform this year. Robinson predicts they could be one of the top 2A teams in the city. Robinson is the teams’ de facto spokesperson, but if his prognostications are correct, Lee will likely have to speak on behalf of the squad at some point.

In the meantime, those interested in hearing Lee speak will just have to sit near the bench during Raleigh-Egypt games. Against Mitchell, Lee worked his team from the sideline. He possesses the skill of being able to talk loud to his players without yelling at them. “Are you going to let him fight you (for position)?” Lee asked a player from the bench. During a timeout, he pulled a player to the side, and showed him the proper box-out technique, all without raising his voice above a conversational level. 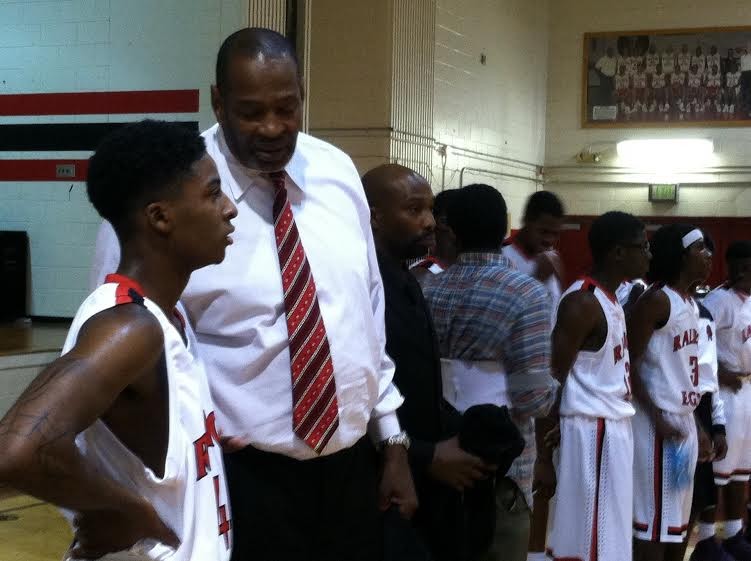 It’s not that Lee doesn’t tear into his guys from time to time. Robinson can attest to this. Robinson, along with Lee, was an assistant under head Coach Duane Stokes last season. If tough love was a major, Robinson would have received his advanced degree from the dean, former Hamilton Coach Ted Anderson. Robinson not only played under the cantankerous coach, he served as Anderson’s assistant at the school for a decade. “He was tough,” Robinson says of Anderson.

Robinson recalls the first time he heard Lee really get on a player. “[Lee] was an assistant coach (last season). Coach Stokes did all the yelling. I never saw Coach Lee yell last year at all. So when I finally heard him get into some kid, I was like, 'Yes.' I knew it was in him”

Lee became the head coach at Raleigh-Egypt shortly after Stokes died unexpectedly in August. Stokes, who attended Memphis State, and Lee were great friends in college. And Stokes was both a mentor and friend to Robinson. The team paid tribute to Stokes at halftime of the Mitchell game and presented his family with a plaque and framed poem. Lee’s appointment as the team’s head coach after Stokes’ passing has made it all a bit easier to deal with for Robinson, who remembers watching Lee play at Memphis.

Lee was part of the reason Robinson became a Tiger fan. He was in awe when he learned he and Lee would be working together as assistants. “He’s an icon,” Robinson said of Lee. “Last year when he arrived and he came to the first practice, I called my momma and told her I met Keith Lee.”

Lee’s players were born after his time at Memphis and his stint in the NBA, yet they intently listen to what he has to offer — not because of his legacy, the tone of his voice, or the fact they literally have to look up to him (Lee is ‘6-11”). “The kids love him,” says Robinson. “You know the reason why the kids love him? Because he loves the kids. He’s a genuine guy. He does it for the right reasons. He’s just picked up right where Coach Stokes left off.”

Lee also has the endorsement of Turner, his former teammate. “I think he’s going to do fine,” says Turner. “He knows what it takes to be a winner. It’s just a matter of him instilling that into his guys and his guys buying in.”

As for Lee’s low-key status, Turner reaffirms what most already know. “(Lee) is an introvert,” says Turner. “He likes being to himself. But he loves this game. There’s sides to Keith Lee other people don’t know about. He’s got a strong personality. If he makes up his mind to do something, he’ll do it. And as the season goes on, he’s going to continue to get better as a coach.”

“He wants to help the kids.” says Robinson. “At the end of the day, some of these kids won’t have the opportunity to play college basketball. He pushes them every day in practice because it’s more than just basketball.”

When it comes to his players, Robinson says, Lee’s message comes through loud and clear.