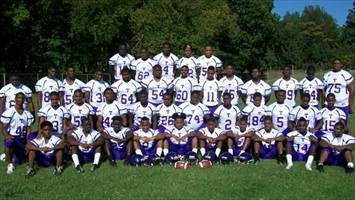 Trezevant was the only Memphis/Shelby-Metro high school team to make it to a state championship game this football season. Unfortunately they were not able to bring home the gold ball, losing the 4A title game to Fulton (Knoxville), 29-20, on Saturday.

Still, this year’s championship game experience was much more positive than in 2010, when the Bears lost in the title game to Greeneville. Repeated unsportsmanlike conduct penalties and personal fouls by his players throughout that championship game resulted in Trezevant being banned from the post-season the following year, and the Trezevant Athletic Department was placed on probation for two-years.

The topic still bothers Trezevant head coach Teli White, who just completed his eighth season with the Bears. White spoke about the 2010 incident, this year’s team, and the future of Trezevant football.

Teli White: Loved the effort from the kids. Great behavior. They played good football. We just turned the ball over too many times. They say no moral victories but I’m proud of that group of kids. They worked hard for their pay check which was the gold ball. But we weren’t able to get it for them in the end.

What was the difference in the game?

What did you learn from the 2010 incident?

I’m not going to try to save every kid. You can’t help people who don’t want to be helped. I was trying to get (members of the 2010 team) to use football as a way out and maybe get them a scholarship. But you can’t help everyone. And there was a group of juniors who didn’t want to be helped. I’m no longer doing intervention. But it was the best thing that ever happened to me and this program.

Because I was able to get those kids off the team and bring in the freshman class that played Saturday in the championship game. I was able to get them from day one. Have them understand they were going to do what I asked. They understood there would be no talking back, missing class, cutting school, being late for practice.

And their parents understood too. I tell parents something now and they support me. There’s no question. Before, parents would act as if I was lying about what I was telling them about their kids. And I’m not trying to put it all on the parents, but I’m only with the kids for a short period of time. Their parents have been with them since the day they were born. Several of those kids (from the 2010 team) are still the same way now. They can’t come up to the school. Not while I’m there.

But the guys that came in after that went 5 and 5 in their freshman year. Then 10-3. Then the state semi-finals. All the way up to the title game in their senior season.

A lot of your key players this year were seniors. And you are moving to from Class 4A to 2A. Are you anticipating a tough transition?

The most challenging part will be filling the shoes of the kids that we have leaving. I will probably have only one senior on next year’s team.

Who will the team miss most?

You’ve got a pen and pad? This could take a while. There’s Tony Grandberry, Terry Albert, Jamal Jones, George Monson, Tito Hunter, Gabriel Scott, Vonterio Johnson, Nicholas Clay, Torrey Maybone, Malik Hurt. So many. These guys have been with me from jump street. Like anything else, we’ve had our ups and downs. But out of 15 games this year, they lost by a total of 10 points.

Your defense is nasty, statistically the best in the area. What’s the key?

I’m really a defensive minded coach. I played linebacker at Overton. And my guy, my defensive coordinator (Jerrell Starnes) and I are on the same page.

When you think of elite teams in the area, consistent ones, should people consider Trezevant among them?

I don’t feel like we are elite because we haven’t brought home a gold ball. Some people will say that we are. They say Trezevant is rich with football tradition. I say we have a good history of talented football players, but how can you say rich in tradition when we hadn’t (prior to 2010) been to the semi-finals since the 1980s.

With so much success at Trezevant, you’re probably a hot commodity now. Do you see yourself leaving or staying with the Bears for the foreseeable future?

Nobody considers me a hot commodity, which is what I don’t understand. When other jobs have come up — Ridgeway, Southwind, Central — I don’t get looked at, for some reason. But I’m fine where I am, as long as the principal will have me.