The Other Lawson Brothers

The first family of Memphis basketball is positioned all around the Havenview Middle School gymnasium. The father, Keelon Lawson, sits midcourt on the second row of the visitors’ side of the gym. He’s a silent observer. His wife, Dedra, is on the far end, on the opposite side of the court. She will soon be giving continuous instructions for the game referees. They are not here to watch their University of Memphis-bound sons, Keelon, Jr. and Dedric, play. They're here to watch the youngest Lawsons, Jonathan and Chandler.

Dedric sits two rows behind his father. Sixth grader Jonathan, is moving about, laughing with teammates. He looks like Dallas Mavericks’ guard Rajon Rondo with a smile he may have borrowed from the Fresh Prince of Bel Air.

Chandler sits alone at the very top of the bleachers. Maybe he needs the space. The eighth-grader is already 6’-7” and has been put on notice that he will soon reach 7’. He welcomes the possibility. “I like being taller than everybody,” he says.

Height is a big-time commodity in basketball. Luke 12:48 of the Bible reads, “To whom much is given much will be demanded.” Chandler is familiar with both, which may explain his pregame solitary. His coach, Cedric Franklin, sums him up with two words, “a blessing.” 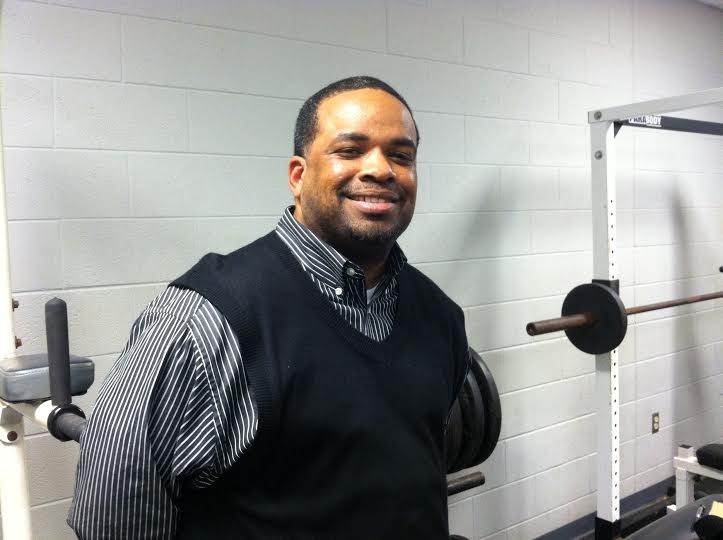 Franklin has had many of blessings himself, when it comes to the Lawson boys. He’s coached all four. He will not say if Chandler is any better or worse than his older brothers. “He’s right in there with all of them. They all know the game.” he says. “But the difference is that Chandler is taller and longer. He’s also a little bit more athletic than Dedric was.

“I compare Chandler to a 14-year old LeBron James, special phenomenal athlete,” Franklin says. “Well ahead of his time. He makes the job easy. He has all the skills and attributes for the game. He’s a ferocious rebounder. He’s an intimidator on defense. He can win the game without scoring and he makes everyone around him better. Anything you want, he can give it to you.”

Chandler gives his own assessment of his game, “I’m a playmaker. I like to get my team involved first.” Other teams are not buying his self-assessment. Havenview is focused on stopping him. He gets a lot of attention from defenders, particularly in the paint.

Havenview players are hacking Chandler as soon as he touches the ball. His mother is making sure the officials are not missing this. “All they’re doing is fouling,” she protests. Then later, “You didn’t see that? You’re not going to call that?” Chandler appears to be frustrated, looking over to the refs for relief.

His dad, who coached at Hamilton before taking an assistant coaching position under Josh Pastner at the University of Memphis, understands Chandler will have to get used to the abuse. “He’s my non-aggressive one out of my boys,” he says. “But he can be really good. He’s still a kid in his mind. I just try to tell him to play hard all the way to the end.”

Still Chandler finds a way to stamp his imprint on the game. Big block and stare down here. Nice pass on the break there. He finds his brother Jonathan alone on the other end of the court for an easy lay-in.

How did Johnathan get so open? He likes to gamble more than Kenny Rogers. He sticks his arms into passing lanes. He sneaks to creates double teams. He taps the ball from behind his man. The end result is usually the same, as he takes off down court for an uncontested two.

Like Chandler, Johnathan considers himself a playmaker. He sounds a lot like Chandler. “I like to get my teammates involved and block shots,” he says. “I score when I have to.” Johnathan is long and versatile also. He is one of four American Way players, including Chandler, who can bring the ball up the court. He also plays on the wing.

By the time the game is over, Dedric has already left the building. Their older siblings are the young brothers measuring sticks and their source of early wisdom.

“They tell me to keep the motor high and score when I need to.” Johnathan says of Keelon Jr.’s and Dedric’s counsel.

“They give me advice,” says Chandler. “We work out together. They teach me a lot about the game.”

Plus, they play him one-on-one often, with Chandler usually on the losing end of the equation. “They never take it easy on me,” Chandler smiles, shaking his head. But he recalls besting Dedric in a game to 32. “I only won one game,” he adds. “It was 32-24.” The difference that game was motivation. “My dad said if you beat Dedric I’ll give you some money, so I beat him,” says Chandler.

Chandler use to imagine the possibility of playing with Dedric in college, but Dedric reclassified to senior status this high school season so Chandler will likely miss out on that opportunity. He admits he likes the University of Memphis and would consider playing there, but college is not on his radar now, despite the early interest from many schools. He is living in the moment, as is his younger brother, Johnathan, who enjoys playing along his side.

“It’s fun because he encourages me and helps me win games,” says Johnathan. “And he gets me involved with the team.”