Champion LeMoyne-Owen golfer has much to be grateful for — and a great golf game.

Golf has been good for former LeMoyne-Owen standout Dominique Worthen. He reminds himself of this as he reflects on his short but amazing two-year run at LOC.

During the 2015 college golf season, Worthen won the PGA National Minority Collegiate Championship. He also won the Southern Intercollegiate Athletic Conference (SIAC) Tournament title and was named the conference’s golfer of the year. Late during the summer, he set the course record at Ted Rhodes Golf Course in Nashville by posting a 60 in the Duffers Golf Tournament benefiting Sickle Cell research.

But those things are part of the icing. The cake is represented in the name of his website, golfsavedmylife.com. It is what Worthen believes: Golf saved his life.

He understands he could have fallen in the same trap as his older brother, who is currently in prison and facing a possible sentence of nearly 200 years on numerous charges. “Basketball and football are sports,” he says. “Golf is a lifestyle. I didn’t always talk this way. I wasn’t always so friendly. I wasn’t always so honest. I didn’t always respect people. The game of golf taught me everything I needed to know about life. Golf is a sport of integrity. You’re not being watched at all times.”

If golf saved his life, then his father, Walter Worthen, did also, by introducing him to the game when he won custody of a then 13-year-old Worthen and took him out of foster care. Dominique resisted the game at first. “(My dad) used to take me to the golf course and I was thinking, 'I’m not able to play this game. Don’t nobody look like me. I can’t dunk on nobody. I can’t shoot on nobody. I can’t cross nobody over. It’s not physical. There are no girls out there.'”

But his alternative was to do household chores. Golf was the lesser of the two evils. So off he went with his father to the course, and that’s where the love affair began. “The sensation …” he says as he marvels at the thought of his first drive he hit off the tee. “Love.”

“Because all before I (played) I was told it’s hard, it’s hard,” he says. “It’s the hardest game you’ll ever play. So the satisfaction of doing something that people say you can’t do and you’re not supposed to do that fast, is a feeling that can’t be replaced.”

Worthen calls what he brings to the golf course a “gift” from God. “They come out the womb learning the mechanics of the golf swing,” he says of some of his competitors. “They were taught at an early age. I learned by watching,” he says. “My dad would tell me I would need to do this a little more or this a little less. It was natural ability, and he never really tampered with that. My dad told me what to look for in a golf swing and I emulated that.” 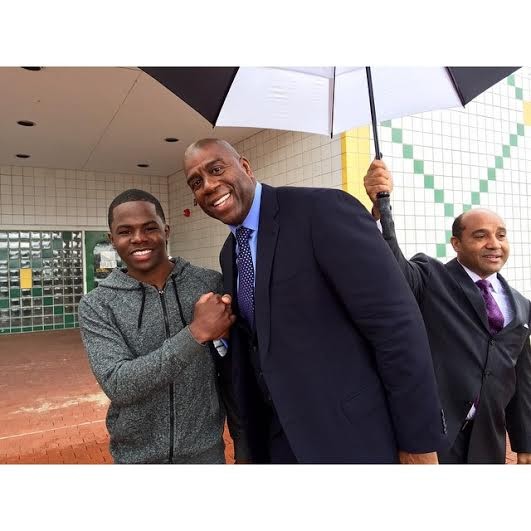 His father caddies on the PGA Tour for Rob Oppenheim. Just last season, the two were clawing their way out of the Web.com Tour. Worthen’s golf resume and his drive suggest he could one day join his dad and Oppenheim on the tour. But golf is an expensive game and since graduating from LOC with a degree in Business Administration in December, Worthen is on the hook for his own expenses.

“I’m looking for financial help,” he says. “I’m looking for resources,” he says. “Talent is just a checkpoint as far as golf goes. In golf, you have to buy your ticket. Travel expenses. Room and board. Golf equipment. Golf balls. Golf tees. Golf hat. Golf pants. Golf shoes. There’s a uniform to this thing. I’ve got to put together a syndicate to get me on the PGA Tour. It’s all about money right now. It’s all about opportunity.”

He shakes his head at the thought of being a high-caliber golfer yet having to pay his way through college. “I was taking out loans just to attend (LOC),” he says. “A national champion and I’m taking out loans. That’s crazy! SIAC Golfer of the Year. All SIAC team. SIAC Tournament Champion. Then I win a tournament televised nationally. But when I come home I’m taking out a loan to go to school. It’s crazy.”

He believes his situation would be different if he was as good in a more high profile sport. “If I was a basketball player … ” he says, and then pauses, not completing the sentence.