3 Doors Down Gives Back, Digs Rush 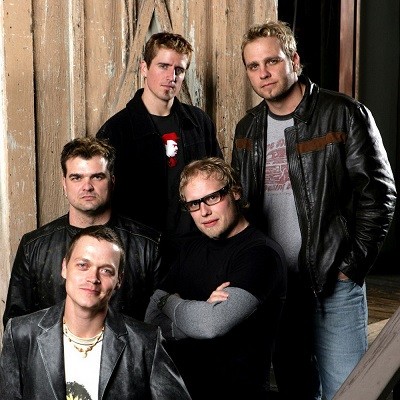 After forming in 1996, south Mississippi natives 3 Doors Down hit the big time starting in 2000 with their debut album The Better Life. That album was certified platinum six times. Away from the Sun went double platinum in 2003, making the band one of the most successful groups of the aughts.

When you attain fame and fortune, people ask for help. 3 Doors Down started the Better Life Foundation to manage the confusion and take control of how they give back. The band will host its annual Better Life concert on Saturday, November 15th, at Horseshoe Casino in Tunica. We spoke with guitarist Chris Henderson about giving back, watching younger bands try to succeed in today’s market, and about the band Rush as mentors and menders of broken hearts. Yes, this includes a Rush love story.

What’s going on with the Better Life concert?
This is our 11th year. It started in response to a show we played. When you're in a band like this, everyone is asking you to donate. We're always happy to give. But in the beginning, we did shows for a lot of different people. At first, it $was just us in a van. But the bigger we got, the bigger these charities wanted te shows to be. It got to be where it was costing us $40,000-60,000 to put a show on. We said, ' Let's figure out how much money we made for these charities and how much good we did. We started seeing how much money the other people made besides the charity, how much it cost us to put a show on, this wasn't working out. Let's start our own charity where we can control every penny. So we started asking for volunteers and that's how the Better Life Foundation was born.

We wanted to find charities that most people overlook. We decided to give to women's shelters and children's charities to begin with. People typically won't gve to childhood diabetes unless they have a child with diabetes. Those people really need the money. Over the years, it's grown into everything we can think of. Dream racers are video game consoles that fit in the hospital room. Kids can get in them in the hospital bed, but they look like race cars. This guy builds them. The kids can sit in there while they are getting chemotherapy or a treament. They are really cool.

You achieved success in music on a level that’s impossible today. What’s it like seeing younger musicians attempt to make a living?
It's kind of a double-edged sword, it's good because we can sit back and think about how good it was to get in early. We go into the record business when records were still a big part of an artist's income. You didn't have to go out and tour like crazy. You can't do it with record sales and publishing like you used to. But, I think bands that are trying to start today have such a harder time trying yo make a living. Ten or 15 years ago, a record label — knowing that you were going to sell records — would give you money based on projected sales. You could get $500,000 record deal, put money in the bank and feed your family. Record labels don't do that anymore. Now they come in and say, 'I'm not going to give you anything. In fact, I'm going to take something from you. It's not because they are evil. They are in the business to make money. The business has changed. It's a different animal out there. A lot of bands don't have a chance.

You got to work in the studio with Alex LIfeson from Rush. What was that like?
That was one of the coolest experiences I ever had. I'm from south Mississippi. We grew up with Rush. I'm a huge fan. Matter of fact, I'll tell you a Rush story. I had a girlfriend. I was engaged to her. We broke up after five years of being together. She went off and did whatever to get over it. I put in Rush Chronicles, got in my truck and drove around for five days. That's how I got over that relationship. After I listened to that record, I said, 'I don't need this crap. I've got Rush.' So needless to say, when Alex Lifeson's name came up as a producer, I was in, Jack. I didn't need to hear anybody else's name. I can't explain how nice a guy and how smart he was. How cultured he was and how great a musician he is. I can't put into words how much his influence brought to my life before I met him and after I met him. There's not a week that goes by that I don't think of that experience. I spent three weeks with him in the studio.

He taught me that the technical aspect of being a producer is not th most important part. THe most important part is the song and how to delegate. If you want to change someone's art, they are going to fight you on it. If it's all about the art becoming better, you've got to get your point across. That's what Alex taught me. Instead of saying 'I'm a producer. I'm from Rush. You need to listen to me.' He wasn't like that. He came in and was like,' Think about it like this: What does the fan think? From a radio listener's perspective, you have about 13 seconds. They hit that seek button. That's the way it works. He taught us that.