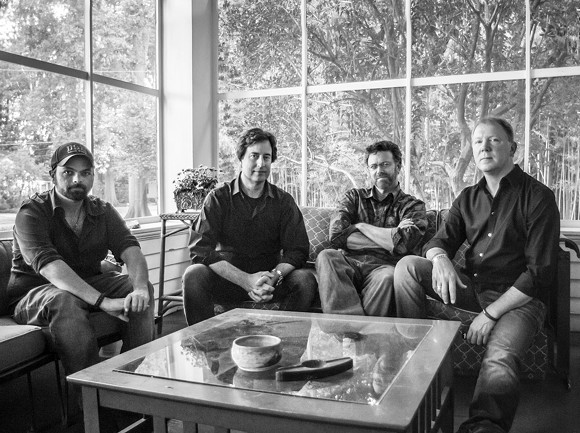 Named after the Eudora Welty children's book, The Shoe Birds are a Memphis/Mississippi based folk rock/pop band that recently released their debut album Southern Gothic on WaxSaw Records. Their new single, "Life on the River”, explores the dislocation of starting a new life in a new place (lead vocalist Adcox moved from the small rural Mississippi town he grew up in to Memphis). For Adcox, the one common thread running throughout this transition was the Mississippi River and how it connects everything.

Lead singer and guitarist Norman Adcox had this to say about the song:

"The song 'Life on the River' is about moving to a new place that's both familiar, yet distant all at the same time. The video, directed by Patsy Detroit, is a slice of life featuring Memphis as the backdrop. I remember when I first moved to Memphis, the river and its downtown seemed a million miles away from the small rural Mississippi town where I grew up. For me, the one common thread running throughout this transition was the Mississippi River and how it connects everything. I always find comfort in watching the river flow past the bluffs. Sometimes, I imagine it washes away my troubles just like it erodes its own banks, eventually washing the silt down to New Orleans, then out to sea. This song always makes me think about how the Mississippi river and people are never static - and always moving."