Leftover Crack at the Hi-Tone 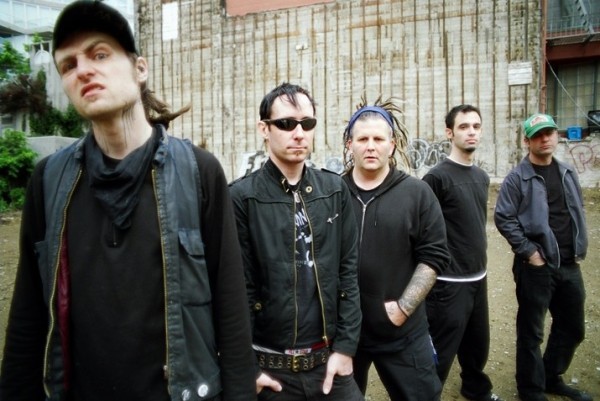 If the CIA went about creating a band to infiltrate the crust/gutter-punk underground community circa late '90s, but failed to incorporate any nuance or thoroughness into the “research and development” front-end phase, the end result would be very similar to Leftover Crack. A one-stop celebration of all things crusty punk, Leftover Crack (Get it? There’s no such thing as leftover crack cocaine) was formed in the late '90s and emerged out of New York City’s well-known squatter community and, in fact, operates out of the world famous C-Squat. The overtly political, controversy-chasing band mixes straight-up hardcore, ska-punk, crust-punk, anarcho-punk and some stylistic detours in and around such forms.

The band was initially signed to a three-album deal with Epitaph imprint Hellcat Records (Rancid’s boutique label) but a dispute over what the band wanted its debut album to be titled, which happened to be Shoot the Kids at School, eventually led to it being re-titled Mediocre Generica (Take that, Epitaph!) and enough discontent to spawn two years of output-stifling legal limbo. Coincidentally released on 9/11, the debut album situation was the partial inspiration for Leftover Crack’s next fishing expedition in the waters of paint-by-numbers shock controversy, the subtlety-adverse Fuck World Trade album, on which the introduction refers back to Mediocre Generica as the “tower-topping debut” and the cover artwork that depicts a photo of the burning twin-towers with a cut-and-pasted George W. Bush, Dick Cheney, and Rudy Giuliani in the foreground doing stuff like spraying gasoline and activating a bomb switch.

Despite lineup turmoil and other instabilities, Leftover Crack built a respectable following throughout the last decade, having attracted post-Hellcat benefactors like Alternative Tentacles Records and Fat Wreck Chords. Band ringleader and sole constant Stza (with help from some Leftover Crack-associated friends) formed Star Fucking Hipsters and has steered that band through several albums (most also on Fat Wreck Chords) since 2008. Doors are at 8 p.m. and $10 gets you in. Google Leftover Crack at your own risk.