The 59th Anniversary of the Million Dollar Quartet 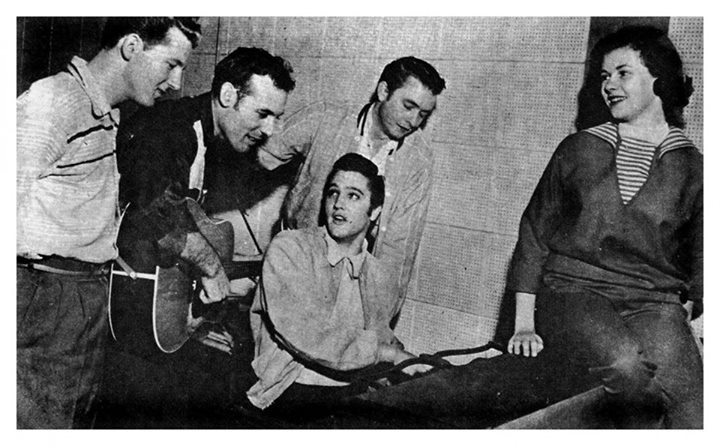 On December 4th, 1956, Elvis Presley, Johnny Cash, Jerry Lee Lewis, and Carl Perkins sat down at Sun Studios and created one of the most iconic recording sessions in rock-n-roll history. The quartet cranked out an enormous amount of songs at Sun, making for an in-depth look at the music that inspired these unforgettable American songwriters.

"Elvis Presley was home for Christmas. Thirteen months earlier, Sun president Sam Phillips had peddled Elvis' contract to RCA, and invested the proceeds in Cash and Perkins. 1956 had been a year of redemption for them all. Elvis was the most celebrated, vilified, and polarizing personality in American entertainment. One out of every two records that RCA had pressed that year was an Elvis record. Carl Perkins was trying to recapture the success he'd found in the early months of 1956 with "Blue Suede Shoes."

Johnny Cash had given up his job selling home appliances shortly before Christmas 1955, and his early records, like "I Walk the Line," had become pop and country smashes. Jerry Lee Lewis' first record had been out just three days on December 4, 1956, and he was desperate to join the company in which he now found himself. He was certain that he would soon eclipse them all."

Listen to the entire Million Dollar Quartet recordings below.