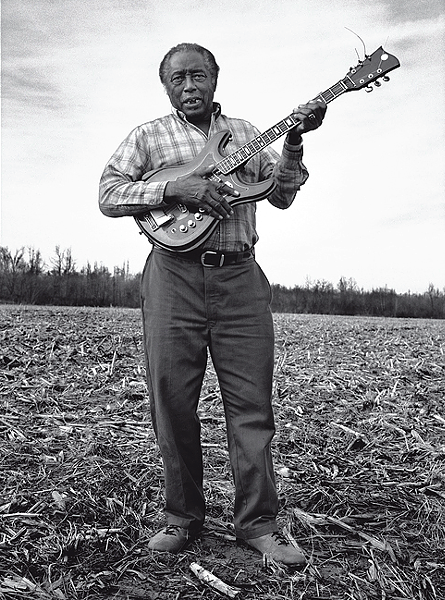 This Saturday, The Blues Hall of Fame will unveil a new display of artifacts related to R.L. Burnside. Bruce Watson and Matthew Johnson of Fat Possum Records loaned the museum R.L. Burnside’s Stratocaster electric guitar, and also on display is the Grammy Nomination Medallion for Burnside on Burnside, nominated for Best Traditional Blues Album in 2002. Burnside recorded several albums for Fat Possum and was inducted into the Blues Hall of Fame in 2014.

The display will be unveiled to family members and fans at 10 a.m. on Saturday, April 9 and the public is invited to attend. Admission to the Blues Hall of Fame is $10 for adults, $8 for students 13 years and older, and free for children 12 years old and under. for more information on the Blues Hall of Fame, click here.