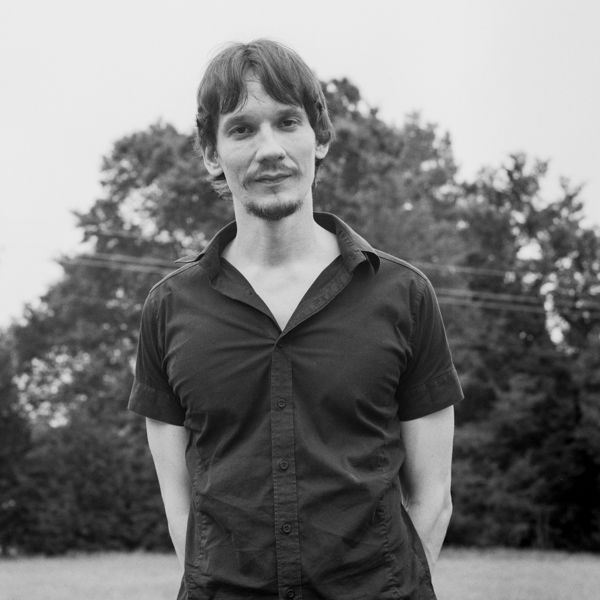 “This album is really my love letter to the road,” Cody Dickinson said on stage at the Mississippi Grammy Museum. He was seated in a comfortable armchair in the intimate performance theater next to past Grammy nominee, Shannon McNally, who was there to talk to him about his debut solo album, Leeway for the Freeway.

Cody has been the drummer for the North Mississippi All-Stars for about twenty years. His father Jim Dickinson, played keys on the original studio recording of “Wild Horses” when the Rolling Stones took a few days’ break in a Muscle Shoals studio during their 1969 American Tour. His older brother, Luther Dickinson, front man of the All-Stars, has released four solo albums as of this year, having brought his bluesy folk-rock singing and guitar style to collaborations with greats such as the Black Crowes and Shawn Lane.

At forty years old, the Dickinson family has cast a long shadow over Cody, the younger of the two Dickinson brothers. Cody explained that he had to start learning some new instruments and reinvent himself to push his career in a new direction. After a short, five song set, it became obvious that his songwriting ability has what it takes to keep pace with his family’s legacy.

The All-Stars drummer can hold his own weight down, having toured with Robert Plant. He’s just come off of tour playing drums for the Latin band, Los Lobos.

“We were at Red Rocks this summer, and it was the last song… and the band went into playing ‘La Bamba.’ It was just incredible to be playing this song that all these people knew. It was so visceral,” Cody explained to Shannon and the audience.

“It was sort of intimidating to be the drummer,” he continued, “the backbone of this incredible Latin band. I admit I dropped the ball a couple of times during the tour…”

“But you probably learned from those mistakes. The next night’s audience benefited from your mistake. I know that’s how it works for me,” Shannon chimed in.

As he brandished his shiny electric guitar to begin his set, Cody admitted that this was the first time he had ever performed the first track of his album, “Equinox Blues.” On this track and several others, he played percussion with his feet and guitar with his hands all while singing.

“I’m loving this one-man-band scenario. If I slow down or if I want to speed up… it’s alright.”

He went on to play several heartfelt songs on the keyboard, alternating between the one-man-band setup. “Stranger” is one of his originals co-written with C. Neville that starts out with a “Riders of the Storm” sort of rainy-day psychedelic sound. Cody cited the floods of New Orleans and our low-lying part of the South as inspiration.

“You’ve got nowhere to go [in a flood] like Indiana Jones in the tomb.”

The title track, “Leeway for the Freeway,” offers an easy listening, major chord melody on the pop side of blues-rock. It sounds a lot like the All-Stars debut album. He originally wrote it for Greg Allman, but since Greg never recorded it, he decided to put it on the album. It sounds like a highway song. Like something that would bring your American dream to life at some interstate Waffle House at 4:00am. He even got the audience to chime in as back-up vocals for the song.

After the show, the audience meandered out around the gift shop where we had a chance to buy our copy of album with its unmistakable Mississippi photography as artwork. I have been lucky to hear the All-Stars play a handful of times, but this was the first time I had met a member of the band.

A couple of years ago, on Christmas Eve, I had a ring in my pocket as I drove up to the levee to take my dogs for a run. On the way back, the original recording of “Wild Horses” came on the radio. This was the song I listened to before I asked my wife to marry me. I had to tell Cody this story.

“She’s right over there. She said ‘no,’ but she still goes around with me,” I joked.

They say that there’s only about two degrees of separation in Mississippi. I may never get a chance to meet Mick Jagger or Keith Richards, but it was pretty special to hear Jim Dickinson’s son Cody play keys on a Saturday night in the Delta. Check out his new album, Leeway for the Freeway. With songs by John Hiatt, T Model Ford, Ry Cooder, Jim Dickinson, Chuck Berry and several Cody Dickinson originals, it’s a modern American classic.