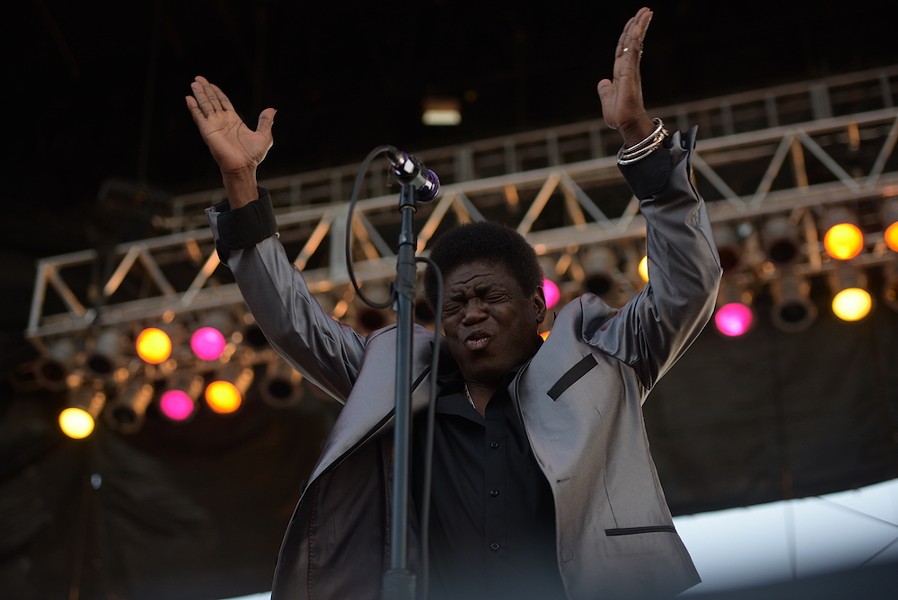 By the time it’s 5pm on Friday the first weekend in May, both ends of Riverside Drive are filled in with people clamoring to attend the annual Beale Street Music Festival. This year’s festival is expected to attract something around 100,000 people over the course of three days & the weather looks like it’s going to hold out for a change. Traditionally, “Memphis in Mud” notoriously produces unpredictable weather events. Although remnants of a Thursday and early Friday cold/wet front remain in the form of mud tracts throughout Tom Lee Park, it’s not nearly as bad as it could’ve been. Based on the mud levels throughout the park on Friday night, you may still want to wear your mudding clothes for Saturday. But as for the rain? This year, it appears the weather will favor us.

Things you should remember when hitting the park:

So, how was the music on the first night? There was so much that needed to be seen and heard, I had to trudge from one end of the park to the other and pace myself.

For the critically-lauded and fan-loved soul singer Charles Bradley, pacing yourself doesn’t seem to be something he’s familiar with. Despite a diagnosis of stomach cancer in October of 2016, Charles and his band,The Extraordinaires, maintained a grueling touring schedule. And to look at Charles’s commanding presence and vocal acrobatics on the River Stage tonight, the average spectator might not know anything was even wrong.

Belting out nearly a dozen songs from his collected works, Charles delivered the kind of performance he has become known for, one as stirring as any soul music legend that ever made a record or graced a stage in this town. Sincere, honest, emotional and filled with love, Bradley and his band mesmerized an eager early-evening crowd.

“We’re Jimmy Eat World,” the voice cried out, “a professional rock band from Mesa, Arizona, and this one’s for all-a y’all.” Making themselves at home here in Memphis, the band ran through a litany of their most popular songs & also came with a few from their 2016 offering, the consistently well-reviewed Integrity Blues. Twenty-five years into their music career, the group, led by vocalist & guitarist Jim Adkins, have not lost their boyish charm, their good looks or their musicianship. Tonight’s performance offered attendees an opportunity to experience the breadth of their songcraft in all its nuanced glory.

Though undoubtedly the biggest drawing act of the night was Snoop Dogg, I opted to stick with MGMT to close out the night. Music fans, including me, have witnessed the many incarnations of Ben Goldwasser and Andrew VanWyngarden’s id through meteoric success and experimentation. Though at times dogged by the grandeur of their imperfections, each segment of MGMT’s musical evolution seems to prove as fascinating as the last.

And tonight, performing together as a five-piece for the first time in 2.5 years in front of an adoring Memphis crowd, you could not tell that any time had passed. With equal parts shock and surprise, the band opened their set with one of their most well-known songs, “Time To Pretend”, perhaps alluding (in this setting) to that thinnest veil behind which rock superstardom hides. Inching towards a tenth anniversary, the band’s album Oracular Spectacular remains an influential stalwart classic of modern psychedelic pop-rock. To the delight of the crowd, their expansive set included 7 songs from that collection. But of particular interest and note, MGMT also treated us to a total of five new songs from a yet-to-be-completed album, including a well-received cover of the song “Goodbye Horses” by Q Lazzarus from the Silence of the Lambs movie soundtrack.