May 07, 2017
comment
I can understand why some people don't like to go to large, outdoor music festivals. They can be hot and dusty as the Sahara, or as rainy and muddy as the Western Front. Like any situation with a huge crowd, you can run into annoying people. And worst of all for music fans, the sound can be hit or miss: Either it's so muddy you can't hear the performances, or there's so much bass bleed from the giant EDM party on the next stage, the band you came to hear gets drown out.

But Saturday at Beale Street Music Festival 2017 was an example of everything that can go right with an outdoor music festival. First and foremost, the weather couldn't have been more perfect. The temperature topped out at 79 degrees, with brilliant sun only occasionally eclipsed by puffy clouds. Humidity was non-existent, and the steady breeze off the river drove away mosquitos and kept everybody cool. The sound was perfect, the acts were high quality, and the crowd, while enormous, was mellow and happy. Even the mud from last week's rains had mostly dried by the time the first bands took the stage after 2 PM. 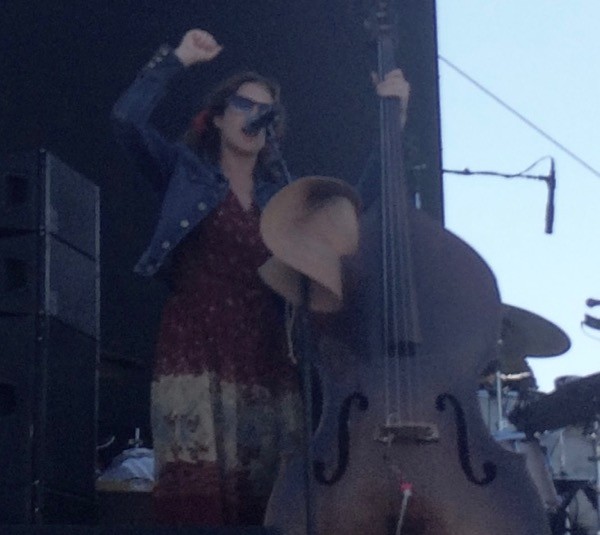 Memphian Amy LaVere was the first up on the FedEx stage at the southernmost end of Tom Lee Park. Backed by her husband Will Sexton and ace Memphis guitar slinger David Cousar, she won over the gathering crowd with an atmospheric take on her song 'Killing Him".

I watched about half of Amy's near flawless set before hoofing it all the way to the other end of the park to catch another one of Memphis' great live acts, Dead Soldiers (whom I interviewed for this week's Memphis Flyer cover story). By the time I got to the River Stage, the band was going full throttle through songs from their new album The Great Emptiness. At one point, singer Michael Jasud realized he had a wireless mic and decided to take advantage of it. He leapt into the crowd and sang a couple of verses surrounded by the cheering audience. After returning to the stage for the climax of the song, the winded singer said "I just want y'all to know the level athleticism it takes to do that. It's a level I do not possess." 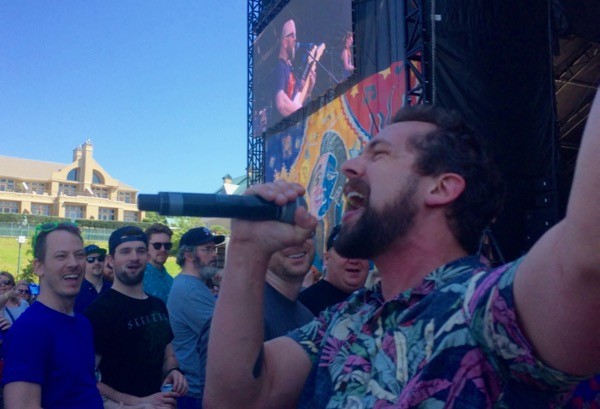 A couple of songs later, drummer Paul Gilliam grabbed a tambourine and made his own crowd excursion.

After the set, I ran into trombonist Victor Sawyer. The Dead Soldiers set was the third one he had played at Beale Street Music Festival, twice with the Soldiers and once with Victor Wainwright and the Wild Roots. "It's always incredible!" he said. "It so cool to see a big crowd out there, with old faces and lots of new faces." 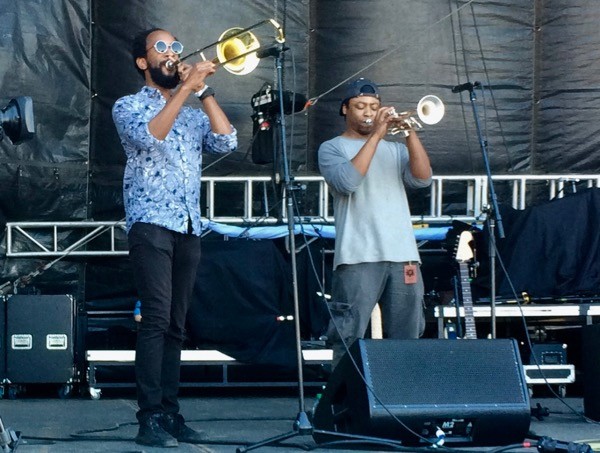 I spent the rest of the day crisscrossing Tom Lee Park, trying to catch as many acts as I could. KONGOS from South Africa battled high winds as they meandered through a jammy cover of The Beatles' "Get Back", with singer Daniel Kongos pausing in the middle to deliver a rap. The crowd, which by mid-afternoon had swelled into the tens of thousands, went nuts for their ubiquitous hit "Come With Me Now".

The Beale Street Music Festival lineups favor music performed by actual humans, but festival EDM was well represented by GriZ on the Bud Light stage. The Michigan producer had a major dance party going with his beats, to which he occasionally added saxophone solos. MUTEMATH was next, and judging by the ecstatic reception they got, the death of alt rock has been greatly exaggerated.

I always try to drop by the Blues Shack, and his year I caught Terry "Harmonica" Bean keeping a couple  hundred festival goers entranced with his strong Hill Country blues groove, tapped out with a strong booted foot. For Memphians, this kind of thing can seem old hat, but for at least some of the people gathered in front of the Blues Shack, Bean's performance was a revelation. 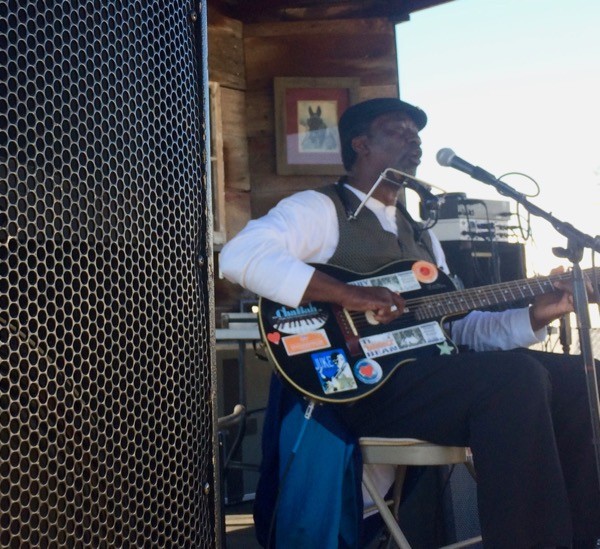 Speaking of revelations, the Drive-By Truckers' sunset set proved to the best performance of a day filled with strong musicianship. It started off a little rough, and a few minutes late, but once the Athenians built up some momentum, they were incredible. As the sun went down, singer Mike Cooley commented on the beauty of the backdrop. This is the first year the I-55 bridge has been lit up during Memphis in May, and combined with the spectacular sunset, it made for a beautiful tableau against which the band played a muscular, searing set. In a heartfelt monologue recalling his own youthful days of partying, Cooley dedicated a song to Jordan Edwards, an African American teenager who was shot in April by Texas police as he left a party.

The big draw of the River Stage was the one-two punch of hip hop superstars. Dressed in black with his dreadlocks tied behind, the Atlanta rapper 2 Chainz played with his DJ E Sudd to an adoring, overflow audience, introducing songs from his upcoming album Pretty Girls Like Trap Music, and tearing the proverbial roof off with a triumphant reading of his hit "I"m Different". I watched about half of the set before wandering over the the River Stage to catch some of Death Cab For Cutie, who were playing in front of an equally large, if somewhat more subdued, crowd. Death Cab made their reputation with small, intricately structured rock songs, but at Tom Lee Park, they traded their twee for a stadium pounding rendition of "The New Year" that was all feedback smears and power chords. Singer Ben Gibbard looked like he was having the time of his life.

When I returned to the River Stage, Wiz Khalifa was holding court with a blunt in one hand and a microphone in the other. I only was able to get within about a quarter mile of the stage area, which was packed to the gills with dancing humanity. By this time, the audience had swelled to a size that was as big as I've ever seen at BSMF. Maybe it was the idyllic weather, or maybe it was the clouds of pot smoke rising from Khalifa's adoring fans, but everyone seemed very chill, happy, and friendly. In times past, it has not been unusual for me to see a fight or two over the course of the weekend. One memorable BSMF in the 1990s, I saw a full on brawl by the porta potties that resulted in overturned outhouses and a couple of very unhappy festival goers covered in blue sewage. This year, there was not even a hint of that. A couple of times, people bumped into me and actually apologized! As confetti rained down on the Wiz Khalifa crowd, I found myself thinking that this Memphis In May Saturday shows what's great about Memphis, and what a great music festival can be.