Yesterday I stopped by the Stax Museum of American Soul Music for the thousandth time. It never gets old; it is, as Steve Cropper once said of working there, “like going to church.” This time around, I focused on the little things that I may have passed by earlier. Duck Dunn's pipe, the marked-up tape box for a Mar-Keys session, Al Jackson, Jr.'s “peace-sign bootjack to remove his boots after a day of studio sessions.” And then there were the current exhibits: Hit the Road, Stax! Wayne Jackson and the 1967 Stax/Volt European Tour (through Sept. 30), A Century of Funk: Rufus Thomas at 100 (through Aug. 31), and the most stunning, Portraits in Soul: Rare Images from the API Archive. This last exhibit, featuring gallery-quality prints of Stax artists' publicity shots, most in stunning color, will end on Labor Day, so get there while you can.

But what's most sanctified about the reborn Stax complex is that it's not just a museum. I also stopped in to see where the Stax Music Academy summer students have been rehearsing, next door in the Soulsville Charter School gymnasium. At the time, they were taking a well-deserved break, shooting hoop and singing karaoke, but even then it was clear that these young people shared a powerful camaraderie. This year's Summer Music Experience included the usual in-depth instruction in Stax history, vocals, instrumentals, marketing, audio engineering, songwriting, and choreography, as provided by the Stax Music Academy staff. Students also attended intensive sessions with multi-instrumentalist, keyboardist extraordinaire, and producer Booker T. Jones. As a grand finale for the summer program, they will light up the Levitt Shell this weekend, presenting such classics as Isaac Hayes' “Theme from Shaft,” Shirley Brown's “Woman to Woman,” and two dozen other Stax songs. 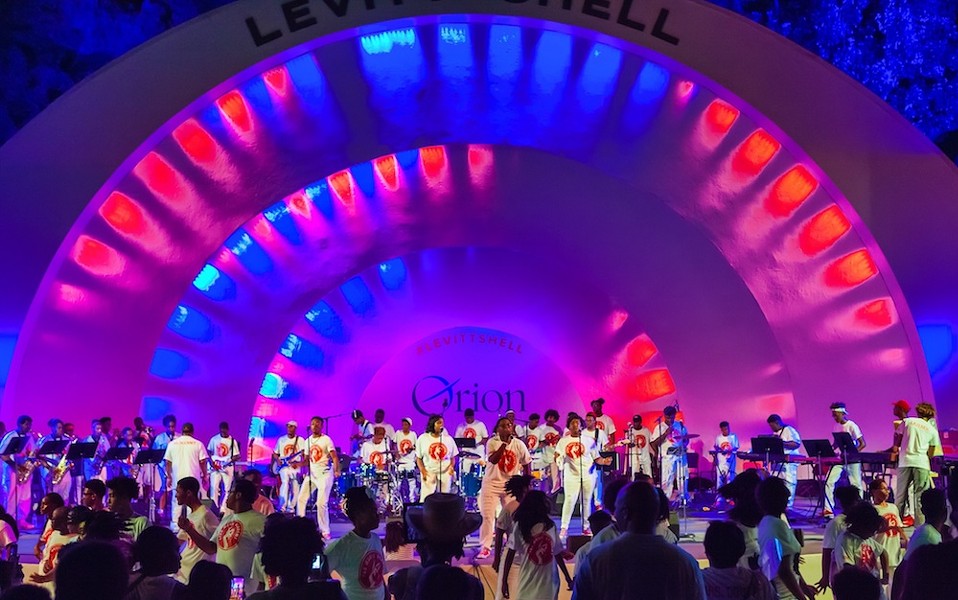 Finally, on July 7, a select group of twelve students will embark on the Stax Music Academy European Tour, commemorating the 50th anniversary of the original overseas tour by the Stax/Volt Revue. In 1967, this tour represented an epiphany for many of the label's artists, as they witnessed sold out shows across England and the continent. When the artists returned home, they had a new sense of their music's appeal and importance, propelling them to even greater heights in the years to come. Following in their footsteps, the academy students (with funding by the Memphis Convention and Visitors Bureau and the Tennessee Department of Tourist Development) will open for Stax legend Mavis Staples on July 17th in Bristol, England at Colston Hall (one of the original 1967 tour venues), and open for Stax icon and recent GRAMMY winner William Bell on July 21st at the Sage Gateshead Americana Festival in Sage/Newcastle, England. Be assured that the students of today's reborn Stax will return to Memphis on a note of inspiration, much as their forerunners did half a century ago.
http://www.staxstudenttour2017.com/